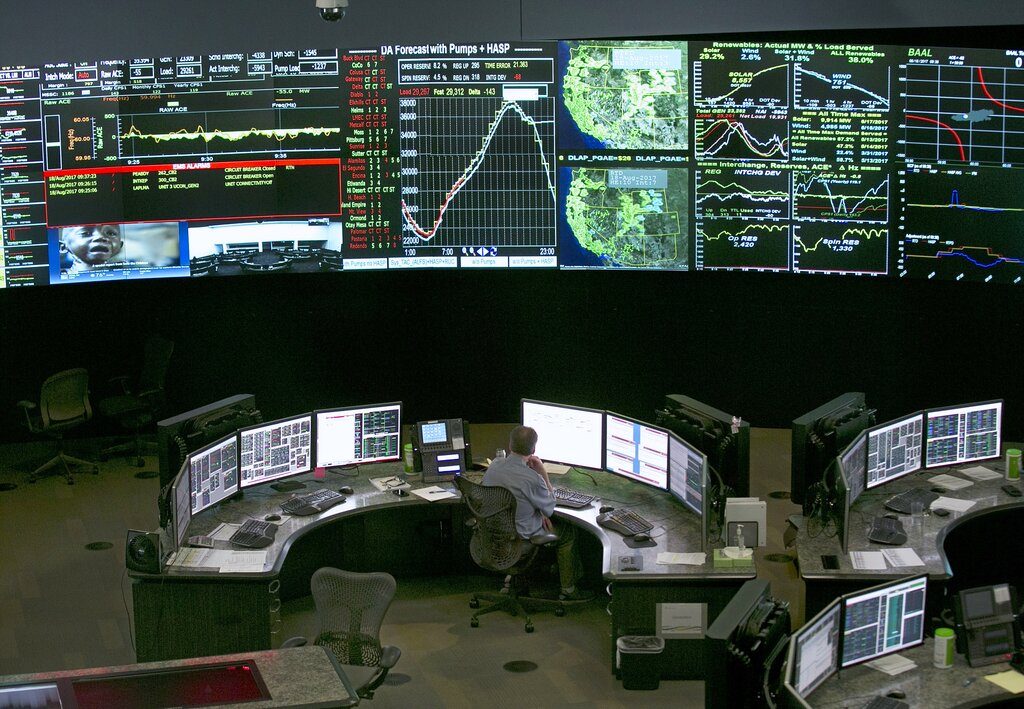 Californians packed beaches, lakes and recreation areas Sunday to seek relief from a record heat wave that strained the electricity grid and threatened to trigger a third round of rolling power outages.

The heat wave brought triple-digit temperatures and raised the risk of more wildfires and fears of coronavirus spread — a major concern in a state that has seen more than 621,000 confirmed cases. Public health officers urged people to follow mask and social distancing orders if they head outdoors.

The hot weather overwhelmed the state’s electrical grid, prompting the California Independent System Operator, which runs the grid, to warn of an electricity supply shortage by Sunday evening.
California ISO sought to buy additional power to avert another rolling outage and issued a Flex Alert, urging utility customers to conserve energy during the late afternoon and evening hours.

“It’s going to be tight,” said Severin Borenstein, a board member of the ISO and energy economist at the University of California, Berkeley.
“There is a real concern that they would have to do it again tomorrow and Tuesday,” he said Sunday about the rolling outages.

California ISO ordered the first rolling outages in nearly 20 years on Friday when it directed utilities around the state to shed their power loads. The state’s three biggest utilities — Pacific Gas & Electric, Southern California Edison and San Diego Gas and Electric — turned off power to more than 410,000 homes and businesses for about an hour at a time until the emergency declaration ended 3 1/2 hours later.

The ISO instituted a second, but shorter, rolling outage Saturday evening that cut power to more than 200,000 customers.

The power grid is mostly stressed during the late afternoon and early evening because of higher demand and solar energy production falling after the sun sets.

The blistering heat was a concern for firefighters battling several wildfires and dozens of smaller ones sparked early Sunday by a rare lightning storm. The prolonged heat wave, with little to no relief overnight, also elevated concerns about heat stroke and other hot-weather illnesses.

The National Weather Service said temperatures in the Central Valley, where temperatures climbed above 110° Fahrenheit during the day, were expected to stay as high as nearly 80 degrees until Thursday.

California increasingly relies on energy from renewable sources instead of natural gas-fired plants. During the summer months, the state imports power when demand goes up, but a heat wave sweeping Western states meant there was less available, Borenstein said.

“They are literally calling as well as emailing and saying, ‘Do you have any power to sell us to everyone in the West,'” he said. “But they can’t force the other areas to sell their electricity when those other areas need it for themselves.”

The last time the state ordered rolling outages was during an energy crisis in 2001. Blackouts occurred several times from January to May, including one that affected more than 1.5 million customers. The cause was a combination of energy shortages and market manipulation by energy wholesalers, infamously including Enron Corp., that drove up prices by withholding supplies.