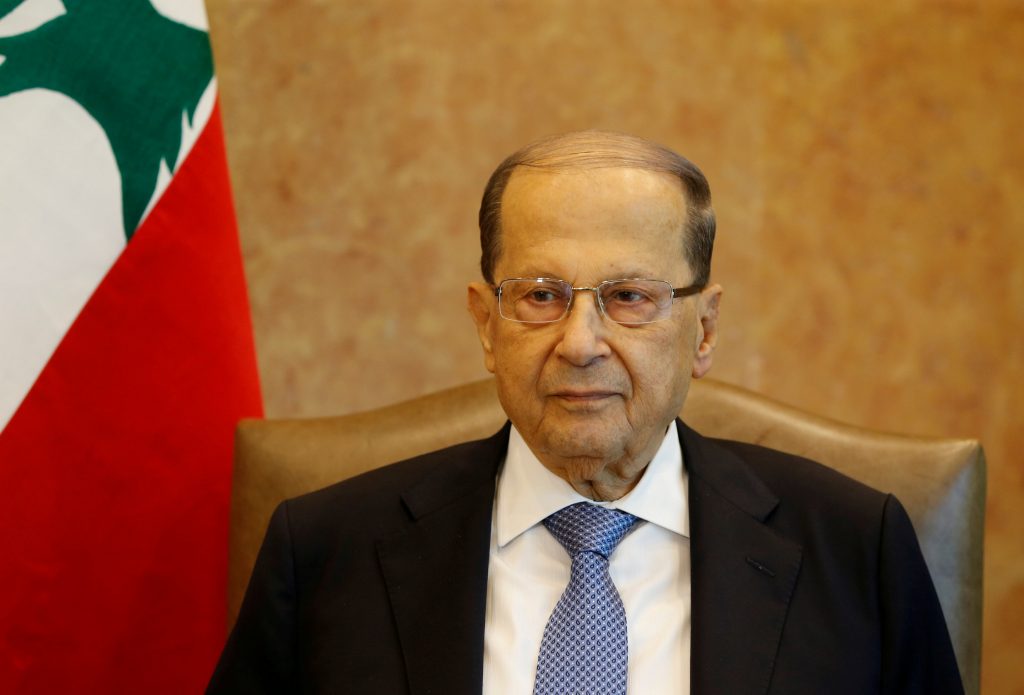 Lebanese President Michel Aoun dropped a surprise, when he expressed willingness to consider peace talks with Israel in an interview with French BFM news channel on Saturday night, just days after the United Arab Emirates signed a historic normalization deal with Israel.

In response to a question concerning whether Lebanon would consider making peace with Israel, Aoun said that it “depends. We have problems with Israel, and we have to resolve them first.”

Aoun did not specify which problems would need to be resolved to enable peace.

This was a shocking statement by a president whose rise has benefited from a more than decade-old alliance with the Hezbollah terror group.

Asked what he thought of the UAE’s treaty, Aoun responded that the UAE “is an independent country.”

Aoun represents Lebanon, and is an ally with the Hezbollah terrorist group.

In 2006 Aoun signed a formal agreement of alliance between his Free Patriotic Movement and Hezbollah, and has consistently backed the Shiite group ever since.

In remarks made after his 2006 election aimed at Hezbollah backers, Aoun vowed to “release what is left of our lands from the Israeli occupation,” referring to contested territories along the border with Israel.

On Friday, Hezbollah Secretary-General Hassan Nasrallah warned that if Israel was found responsible for the blast, it would pay an “equal price,” according to the Hezbollah-affiliated Al-Manar channel.

Nasrallah added that the terror group still intended to revenge the killing of a Hezbollah member in an alleged Israeli airstrike in Damascus last month, saying that it was a “matter of time.”

The invitation for diplomacy came as a rising tide of high-profile figures in Lebanon have on the one hand accused Israel of the attack, and on the other, blamed it on Hezbollah for allegedly storing its weapons there and exposing the capital as a target.

It also followed stern words by U.S. Undersecretary of State David Hale from the Beirut Port.

“Whatever happened specifically related to this explosion,” he said, “we can never go back to an era in which anything goes at the ports and borders of Lebanon.”

Hale departed from Beirut Friday night. U.S. Assistant Secretary of State David Schenker, the point man for negotiations regarding the Israel-Lebanon maritime demarcation line, is expected to take up where Hale left off.