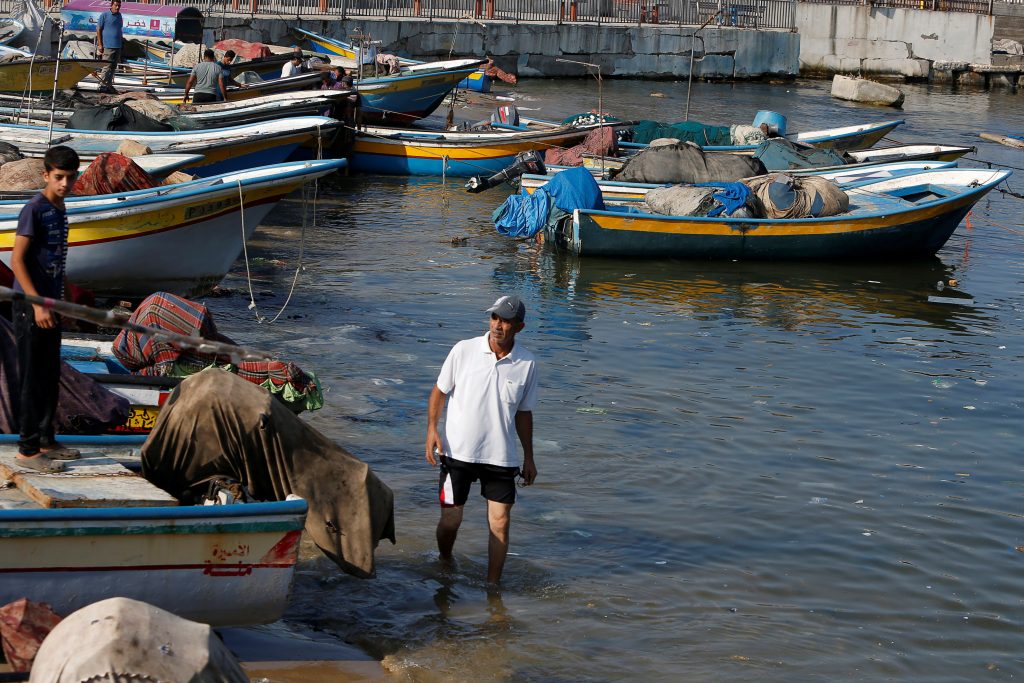 The IDF said the Iron Dome aerial defense system intercepted the two rockets that terrorists in Gaza launched at southern Israel. But police said rocket fallout caused damage to a house in Sderot, and paramedics treated a 58-year-old man for minor wounds from exploding glass.

The IDF said the strikes were a response to explosive balloons launched by Hamas-affiliated group over the border, and attempts by Palestinian terrorists to throw explosives at the Israel-Gaza perimeters fence and soldiers stationed along it.

Dozens of Palestinians took part in protests along the perimeter fence. The military said the protesters “burned tires, hurled explosive devices and grenades towards the security fence and attempted to approach it.”

Israel holds Hamas, the Islamist terror group ruling the Gaza Strip, responsible for all attacks emanating from the Palestinian territory.

Incendiary balloons from the Gaza Strip have caused extensive damage to Israeli fields in recent days. It comes as Hamas, like other Palestinian factions, denounced the United Arab Emirates for agreeing to formal ties with Israel.

Defense Minister Benny Gantz ordered the fishing zone off the coast of Gaza closed until further notice in response to the rocket fire.

Israel and Egypt have maintained a blockade of the Gaza Strip since Hamas took power in an armed coup in 2007.

The two sides have largely upheld an informal truce, and fighting has ceased almost entirely since the beginning of the coronavirus pandemic.