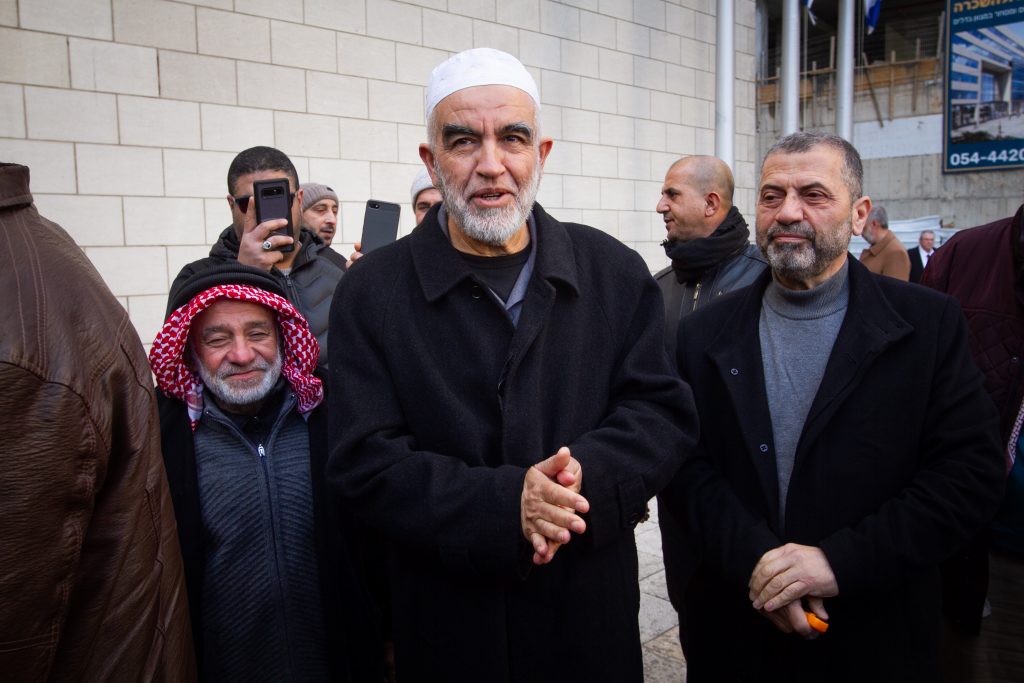 Ra’ed Salah, the former head of the radical Northern Islamic Movement, began on Sunday a 28-month prison sentence handed down for inciting terrorism and membership in an illegal organization.

He was convicted in Haifa Magistrate’s Court last November, after having spoken out in support of a terrorist attack on Har HaBayis in 2017 – which left two Druze police officers dead – and inflamed delicate sensibilities across the region.

Salah briefly addressed the hundreds of supporters gathered outside Kishon prison on Sunday, saying: “Every Muslim and Arab in the world is proud of you — I do not respect the court’s decision.”

In July, the Haifa District Court rejected Salah’s appeal and upheld the conviction.

Israeli authorities banned the Northern Branch of the Islamic Movement in 2015, arguing that it had links to other outlawed terrorist groups and that it had partially been responsible for a wave of stabbing attacks, as well as the now-frequently copied car-ramming attacks.

Salah had been arrested numerous times in the past for incitement, and has served time in prison.

The Northern Islamic Movement, Prime Minister Binyamin Netanyahu has said, is one of the three “pillars,” along with the Palestinian Authority and Hamas, of incitement against Jews and Israelis.

In his defense, Salah claimed that his words had not been accurately reported, although an arrested would-be terrorist had explicitly said that the preacher’s orations had inspired him to attempt to carry out an attack.

In rejecting his appeal, the Haifa court noted Salah’s use of the term shahid or “martyr” and dismissed his claim as outrageous.