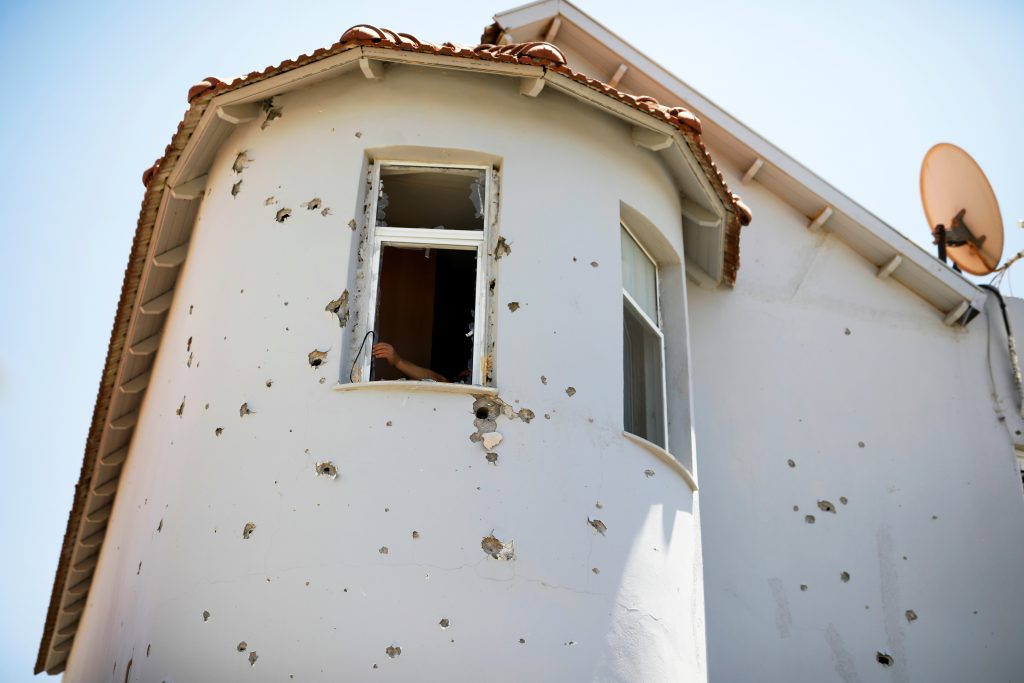 Despite an IDF airstrike and closure of the Gaza offshore fishing zone, cross-border arson attacks continued on Sunday, starting at least 28 brush fires in southern Israel, The Times of Israel reported.

On Sunday night, about 200 Palestinians rioted along the Gaza border, burning tires and setting off explosives, the IDF said.

One demonstrator was shot near the border fence, according to Palestinian media reports.

On Motzoei Shabbos, an estimated 800 Gazans took part in the border disturbances.

During the day on Sunday, one balloon, which had a package attached to it, landed in the yard of a home in Netivot. Police sappers arrived and confirmed the package was an incendiary device.

Earlier in the day, Defense Minister Benny Gantz warned Hamas that “If Sderot isn’t quiet, Gaza won’t be either,” referring to the southern border town which has suffered countless rocket attacks, including in recent days.