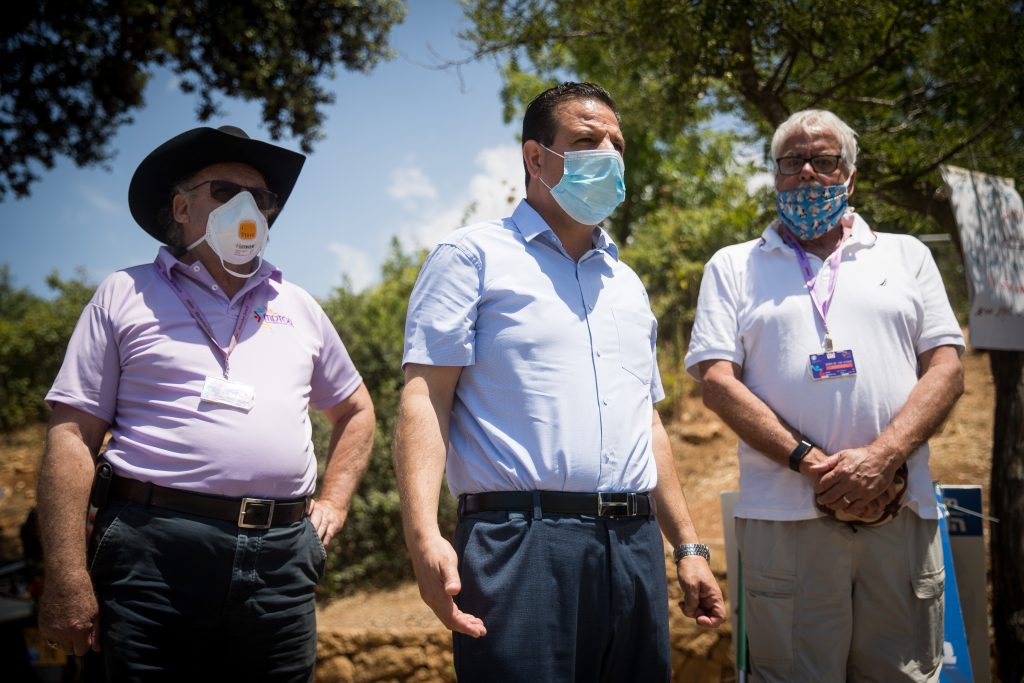 Israel’s coronavirus manager Ronni Gamzu issued a clarification of remarks he made about rampaging coronavirus in Arab towns in the face of protests from Arab politicians.

“The Arab community has committed in the past fortnight, since Eid al-Adha, almost a terror attack, with hundreds of sick people,” Gamzu said in an interview with Ynet site.

The head of the Arab Joint List party, Ayman Odeh, called on Gamzu to work with the Arab community instead of defaming it.

“It is a pity that, while the Arab doctors are at the forefront of the struggle against the coronavirus, [Gamzu] comes out with a statement that harms an entire society. Instead of such unfortunate statements, I invite him to work together to defeat the pandemic,” Odeh said, according to the Times of Israel.

Gamzu subsequently claimed his words were misconstrued, saying he was using the term “terror attack” to signify the deadly impact on Arab communities.

“The intention behind the term ‘terror attack’ was stated in reference to the virus that causes its highest infection rates in the Arab community, and not society in general, as the headlines suggest,” he said. “I would like to apologize if things were not understood in this way.”

Israeli and Palestinian health officials said that more than 100 cases have been recorded almost every day in eastern Yerushalayim since Eid al-Adha two weeks ago.

According to the officials, many Arab residents have been ignoring the regulations by attending weddings and other celebrations in a number of Palestinian villages and towns located near Yerushalayim.

A coronavirus testing center was opened Sunday in the Jabel Mukaber neighborhood to help get a handle on the situation.

“I say to the Arab community, to their leaders and local authorities – you have the power. Do not wait for the government. Get help from the Home Front Command, from [the Health Ministry]. That is the only that way the infection rate can be reduced,” Gamzu said.

Gamzu “out of hand” rejected the claims that the Health Ministry’s policy toward the Arab sector during the health crisis has been “racist,” saying the one tasked with managing the outbreak in the community is an Arab himself.

“I received a phone call from Yarka a week ago,” he said. “They described to me what was happening there and said, ‘Come in, restrict, people here are sick. Why don’t you impose a closure on Yarka?’ You call that racism?”