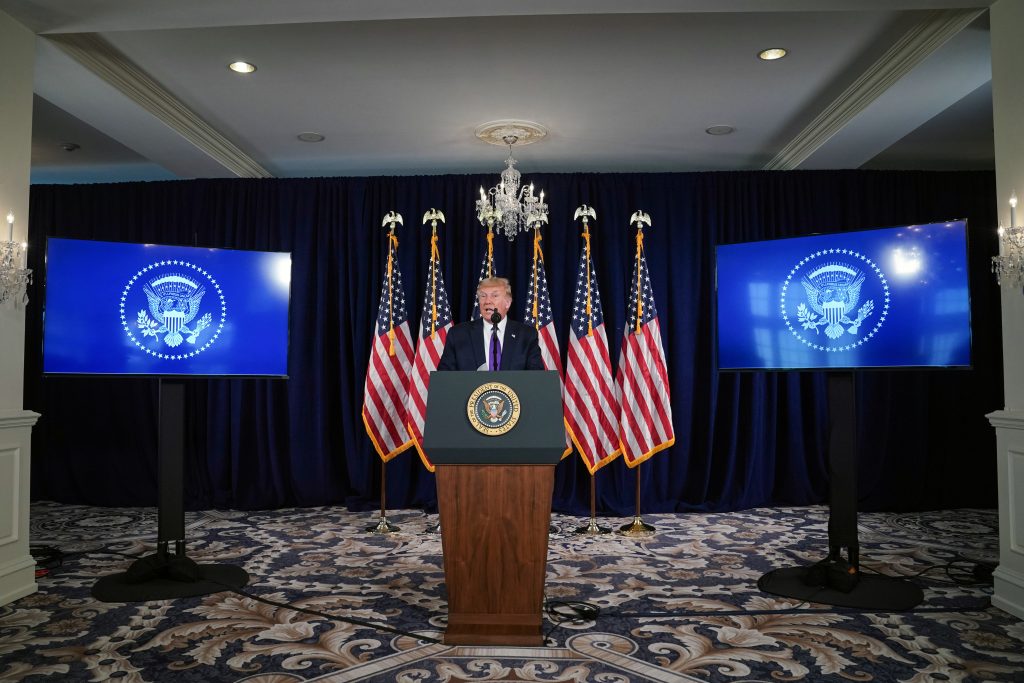 President Donald Trump said on Saturday he would move next week to trigger a “snapback” of sanctions on Iran at the United Nations.

“We’ll be doing a snapback,” Trump told reporters one day after the U.N. Security Council rejected a U.S. bid to extend a U.N. arms embargo on Iran. “You’ll be watching it next week.”

The United States has threatened to trigger a return of all U.N. sanctions on Iran using a provision in a 2015 nuclear deal between Iran and world powers, known as snapback, even though Trump abandoned the accord in 2018. Diplomats have said the United States would face a tough, messy battle in any such move.

In a Security Council vote on Friday on the U.S. effort to extend the world body’s arms embargo on Iran, Russia and China voted against, while 11 members abstained including France, Germany and Britain. The United States and the Dominican Republic were the only votes in favor.

“It’s a serious mistake, we regret that,” Secretary of State Mike Pompeo said on Saturday of the Security Council vote in a news conference during a visit to Poland.

The Security Council vote followed a proposal made by Russian President Vladimir Putin for a summit of world leaders to avoid “confrontation” over the American threat to trigger a return of all U.N. sanctions on Tehran.

Trump made the remarks during a press conference in Bedminster, New Jersey.