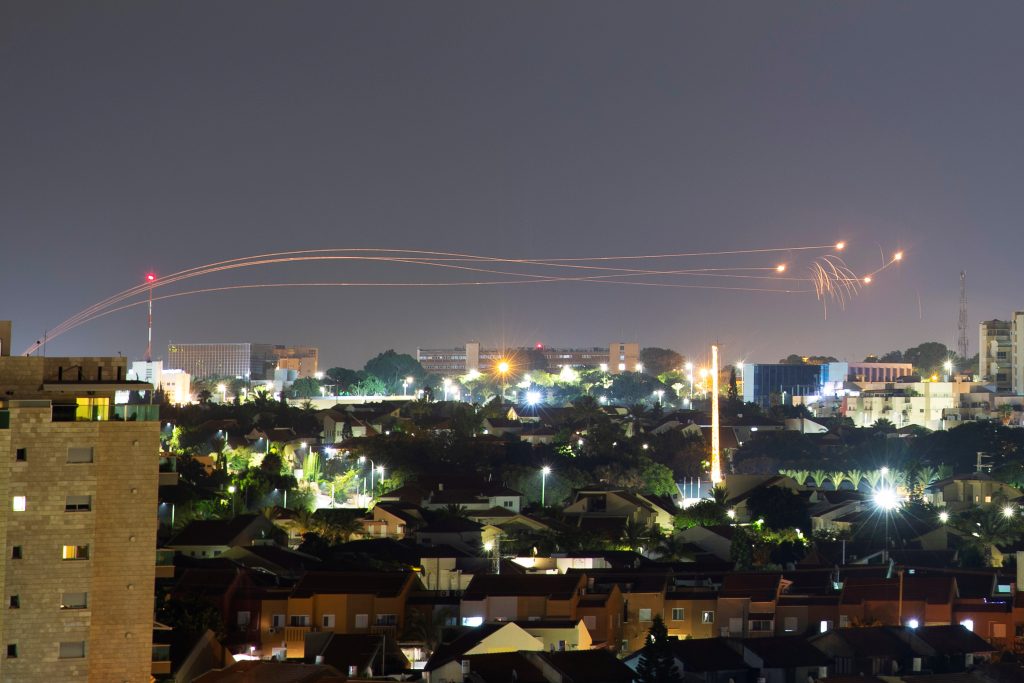 Israel carried out airstrikes late on Motzoei Shabbos in the Gaza Strip, following continued launches into Israel of balloon-borne incendiary devices and the renewal of nighttime clashes along the border fence.

According to reports from Palestinian sources, an observation post near the camp of Bureij came under repeated attacks.

The strikes make for the fifth night the IDF is attacking terrorist targets in Gaza in a row amid an uptick in incendiary attacks from Gaza.

Shortly after the raids, two rockets were fired from the Gaza Strip at Israel and were intercepted by the Iron Dome missile defense system.

The rockets triggered sirens in the southern city of Sderot around 1 a.m., sending thousands rushing for shelter. The projectiles were shot down by the Iron Dome, the IDF confirmed. There were no reports of injuries or damage, baruch Hashem.