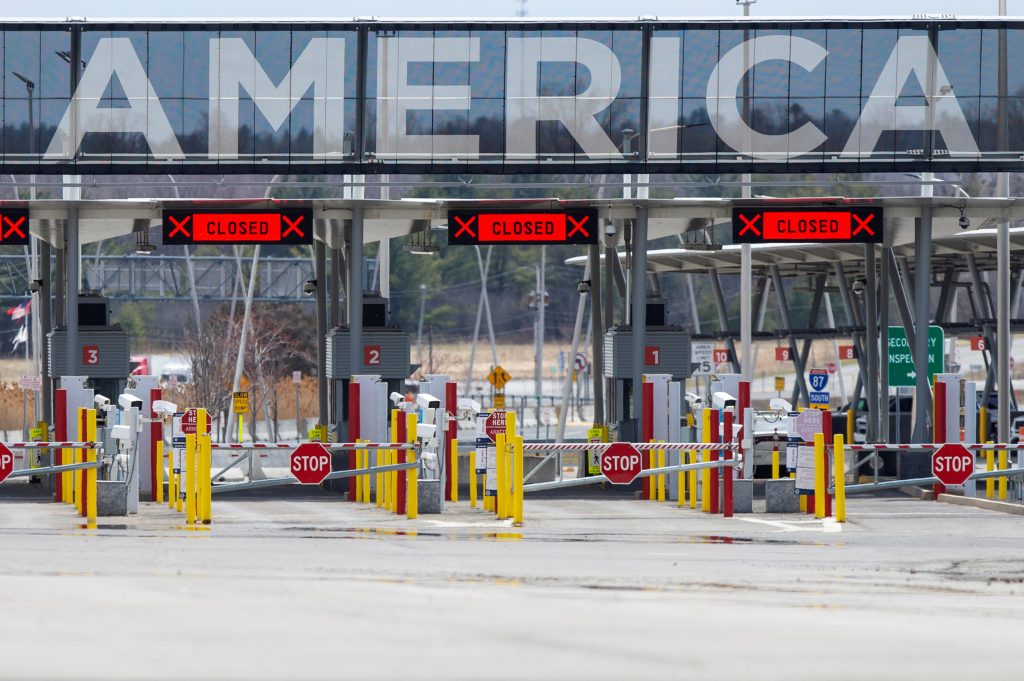 The United States will extend a ban on non-essential travel at land borders with Canada and Mexico for another 30 days as several states struggle to contain a coronavirus outbreak, a top U.S. official confirmed Friday.

Acting U.S. Homeland Security Department Secretary Chad Wolf confirmed the action on Twitter. “We continue to work with our Canadian and Mexican partners to slow the spread of #COVID19. Accordingly, we have agreed to extend the limitation of non-essential travel at our shared land ports of entry through September 21,” Wolf wrote.

The month-long ban – which does not cover trade or travel by air – was first imposed in March and has been rolled over several times as cases in the United States spike. The current range of restrictions runs out on Aug 21.

A U.S. official briefed on the matter said the measures could last several more months depending on the progression of the coronavirus, which has killed more than 165,000 Americans.

The premiers of several major Canadian provinces say they want to keep out U.S. tourists until there is clear evidence the coronavirus outbreak south of the border is under control.

A July 17 poll by Ipsos-Reid said 85% of Canadians think the land border should stay closed until at least the end of 2020.

Last month Canada tightened its rules for foreign travelers who must transit to get to Alaska after several U.S. citizens were fined for making detours to sightsee.

The United States and Mexico agreed to a similar clampdown on the border. Mexico has told the U.S. government that it supports extending restrictions for an additional month, Mexican Foreign Minister Marcelo Ebrard said on Thursday.

Mexico has recorded over half a million official coronavirus cases and 55,000 deaths, while Canada has had more success. The total number of Canadian cases is 121,234, with 9,015 deaths.