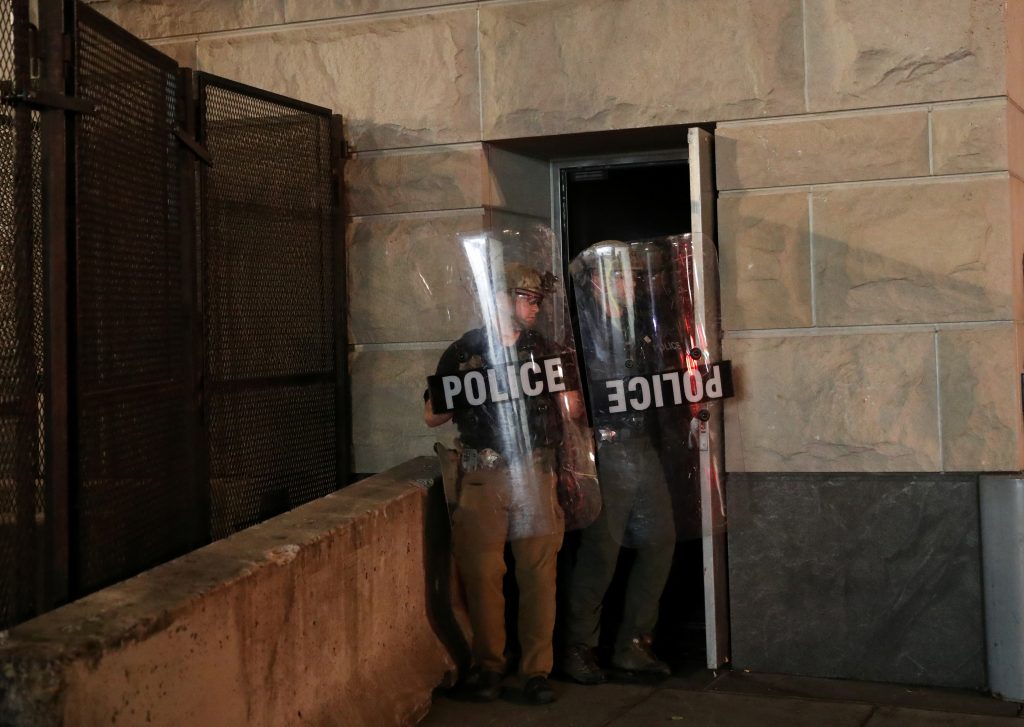 Oregon State Police on Thursday said they were withdrawing protection from Portland‘s federal courthouse over frustration at a prosecutor’s decision not to indict many people arrested in protests there.

The state police were deployed to Portland two weeks ago under an agreement between Oregon Governor Kate Brown and Vice President Mike Pence to withdraw federal agents after weeks of clashes with protesters. President Donald Trump threatened to send National Guard troops to Portland, if requested by Oregon authorities, if local law enforcement was unable to protect the federal courthouse.

Oregon State Police are “continually reassessing our resources and the needs of our partner agencies, and at this time we are inclined to move those resources back to counties where prosecution of criminal conduct is still a priority,” spokesman Timothy Fox said in a statement.

The police force is angry at Multnomah County District Attorney Mike Schmidt’s decision not to prosecute many people arrested during weeks of protests at the courthouse, Fox said.

Schmidt on Tuesday said he would only press charges against protesters arrested for assault, theft or property damage in Portland protests that began in late May after the death of George Floyd in Minneapolis.

Schmidt signaled he would be dropping lesser charges such as rioting and disorderly conduct.

“If we leverage the full force of the criminal justice system on individuals who are peacefully protesting and demanding to be heard, we will cause irreparable harm to them individually and to our society,” Schmidt said in a statement.