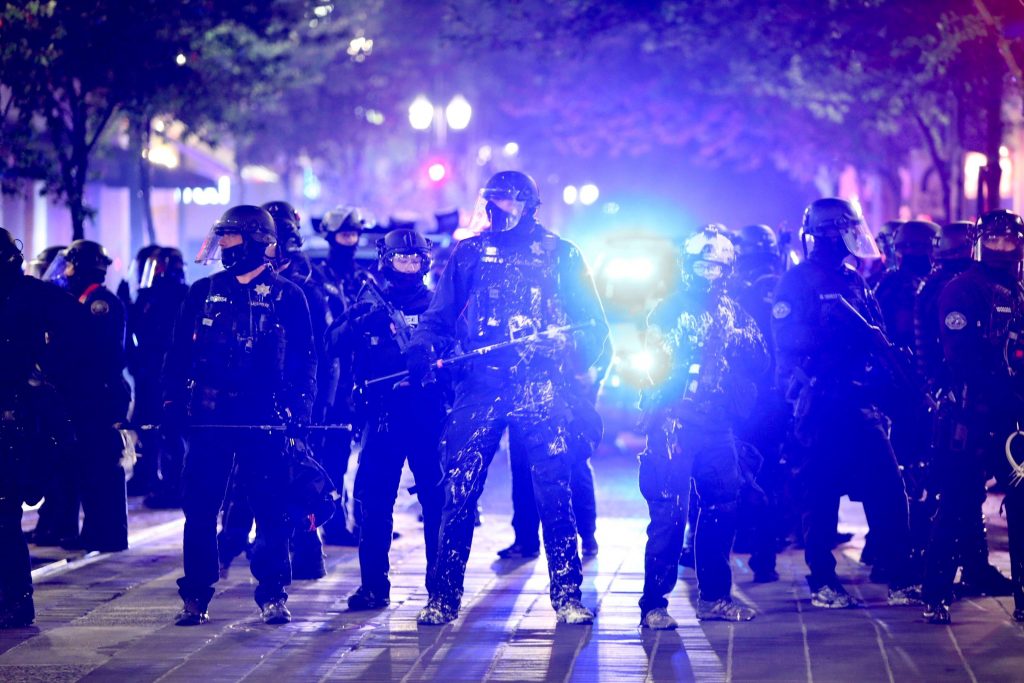 Protesters and police clashed in downtown Portland in a demonstration that lasted into the predawn hours of Thursday, with some in the crowd setting a fire and exploding commercial grade fireworks outside a federal courthouse that’s been a target in months of conflict for Oregon’s largest city.

Officers used tear gas to break up the crowd of several hundred people who gathered near the Mark O. Hatfield U.S. Courthouse, the neighboring Multnomah County Justice Center and a nearby police precinct station.

Protests have been held nightly in the city since the police killing of George Floyd in May, who died after a white officer pressed a knee to his neck

Protesters hurled rocks, bottles and paint at officers during the demonstration that started Wednesday night and went into Thursday morning, Portland police said in a statement.

One officer suffered a hand wound described as serious several other officers suffered non-specified injuries and two people were arrested, the statement said.

The protests in Portland reached their apex last month outside the federal courthouse, with demonstrators clashing nightly with federal agents dispatched to the city to protect the courthouse.

The demonstrations dwindled after a drawdown of the agents, who were replaced by Oregon state troopers. But protests turned violent over the last week, mostly near a police union headquarters building miles from the federal courthouse.