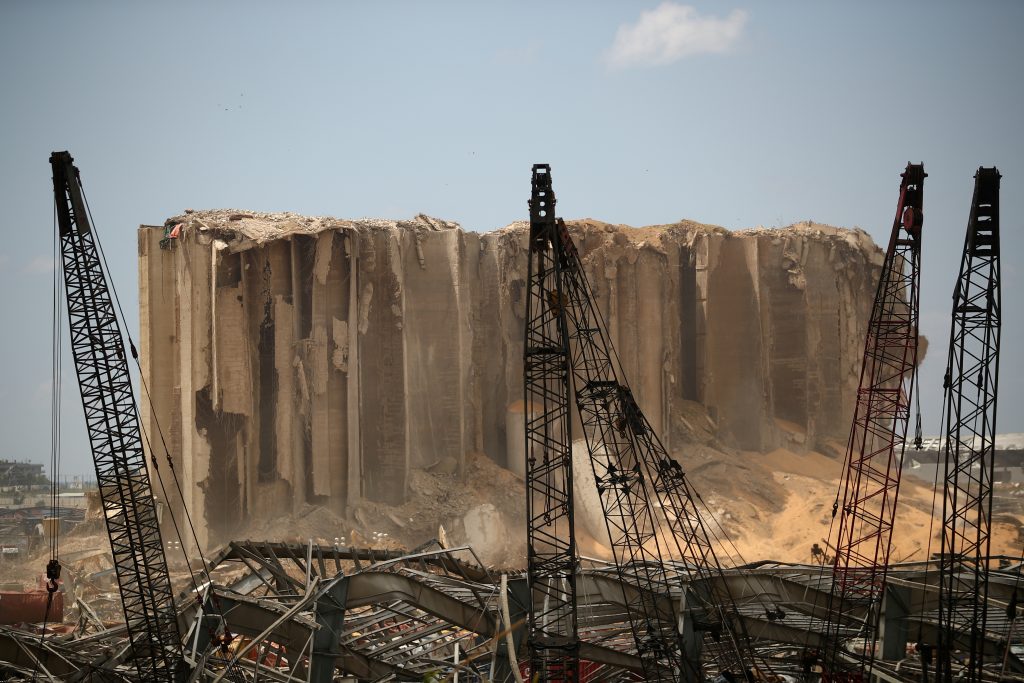 The Beirut port explosion was preceded by a series of blasts, the last of which was a combustion of fireworks that apparently set off a warehouse full of ammonium nitrate, an Israeli seismological and munitions expert said on Thursday.

Six blasts ahead of the main explosion were spaced at 11-second intervals, Boaz Hayoun of Israel‘s Tamar Group told Reuters.

Hayoun, a former IDF engineering officer whose current roles include overseeing safety standards for explosives use in Israel, said the six preliminary blasts were tracked by a seismological sensor array installed some 70 km (43 miles) off Lebanon’s coast by the international geological project IRIS.

“I cannot say categorically what caused this, but I can say these blasts were at the same location,” Hayoun told Reuters.

Lebanese officials have blamed the Aug. 4 blast, which killed at least 172 people and left much of the capital in ruins, on a huge stockpile of ammonium nitrate catching fire after being stored unsafely at the port for years.

President Michel Aoun has said investigators would also look into the possibility of “external interference” such as a bomb, as well as negligence or an accident as causes.

The first five blasts, each of a magnitude consistent with several tons of explosives going off, may have taken place underground and gone unheard by Beirut witnesses, Hayoun said.

Another indication of underground explosions, he said, was the 43-yard depth of the crater left at the port, which, he argued, could not have been created by the explosion of the amount of ammonium nitrate reported by Lebanese authorities.

“It would have been shallower, maximum 25 or 30 metres,” Hayoun said.

The sixth blast, he said, was larger than the previous five and consistent with a fire observed near the ammonium nitrate warehouse. Media footage of that fire, Hayoun said, left him convinced that it was “unequivocally” caused by the combustion of fireworks – and that this would have been sufficient to set off the ammonium nitrate in turn.

A Lebanese security source said authorities would not comment on the cause of the calamity until the official investigation had been concluded.

Israel Defense, a leading private online journal with close ties to the Israeli military establishment, described the sequencing as consistent with munitions going off accidentally, or as sabotage.

Such a sequence could be consistent with “weapons systems that are activated in a chain” and which might have been stored in the port and detonated accidentally, or set off deliberately in an act of sabotage, said Israel Defense, which first reported Hayoun’s findings. However, it did not provide any evidence to suggest sabotage had taken place.

Speaking to Reuters on Thursday, Hayoun declined to be drawn further, noting that he had no access to the Beirut blast site. Israel and Lebanon are technically at war.