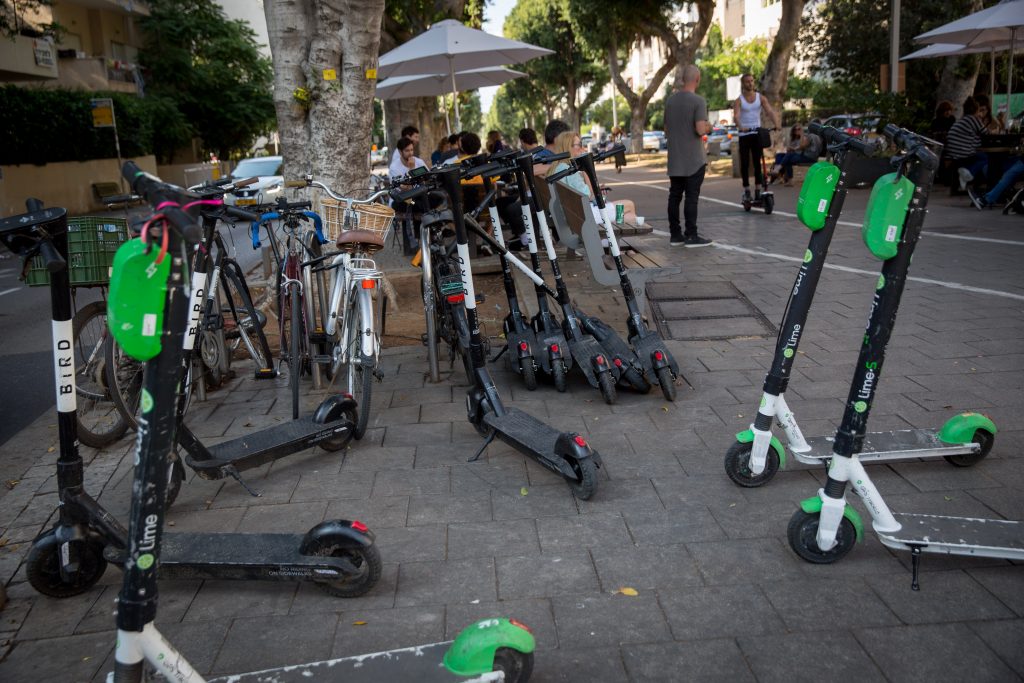 Unexpected collateral damage from the coronavirus has been registered in traffic accidents related to a shift away from public transportation and private cars to electric scooter and motorcycles, according to The Jerusalem Post on Thursday.

Or Yarok (Green Light) spokesperson Oz Dror said that despite 70 percent fewer cars on the roads since the COVID outbreak and subsequent lockdowns, the decrease in accidents “was less than you’d expect” to see in the April statistics.

There was a 36 percent drop in accidents in the European Union, but Israel reported a drop of only 19 percent, Dror said. Italy reported the greatest drop in traffic fatalities, at 86 percent.

Speeding violations have reportedly in increased in Europe, probably due to the temptation of empty roads.

No license is needed to ride a scooter, the police do not have enough traffic officers, and no special lanes were created for riders, which means they compete with pedestrians on the sidewalk or with cars on the road, risking hitting people or being hit themselves, Dror said.

“When we talk about wearing a helmet, the educational campaign has utterly failed,” he said. Among those who have suffered head injuries while riding scooters, 80 percent do not wear a helmet, 56 percent never wear one, and 12 percent talk on the phone while they ride, Dror said.

In enlightened Germany, things are better, it seems. “In Berlin, they expanded lanes so that people who ride scooters could bypass one another without getting too close and get infected with COVID-19,”Dror said. “Here, everybody is competing with everybody over roads and space. Israel has third-world-level transportation chaos.”