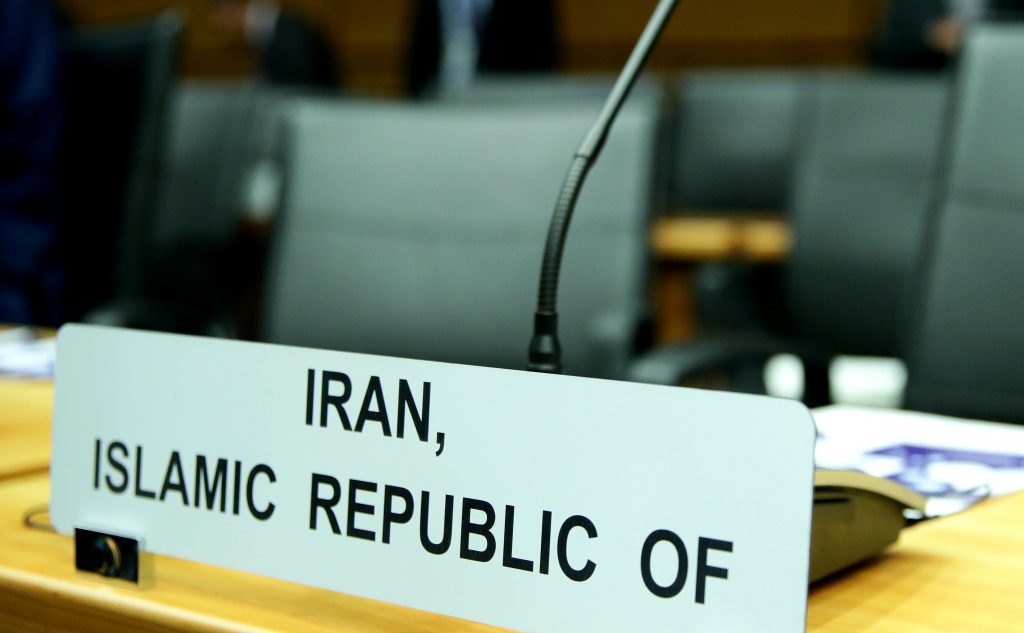 The United States on Tuesday circulated a revised resolution that would extend a U.N. arms embargo on Iran indefinitely, seeking to gain more support in the 15-member Security Council where veto-wielding Russia and China have voiced strong opposition.

U.S. Ambassador Kelly Craft said the new draft “takes council views into account and simply does what everyone knows should be done — extend the arms embargo to prevent Iran from freely buying and selling conventional weapons.”

“It is only common sense that the world’s #1 state sponsor of terror not be given the means of unleashing even greater harm on the world,” she said in a statement.

Council diplomats said the revised draft could be put in a final form Thursday and put to a vote Friday.

The revised draft, obtained by The Associated Press, is just four paragraphs and replaces the original seven-page, 35-paragraph draft circulated in June.

The original draft included several provisions that some diplomats objected to as going beyond the extension of the arms embargo, and were eliminated.

One provision in the original resolution would have authorized all U.N. member states to inspect cargo entering or transiting through their territory at airports, seaports and free trade zones from Iran or heading there, if the member state had “reasonable grounds to believe the cargo” contained banned items.

Another provision would have condemned a September 2019 attack on Saudi Arabia and December 2019 attacks on an Iraqi military base in Kirkuk and the U.S. Embassy in Baghdad, saying Iran was responsible.

The new draft states that the arms embargo, notwithstanding its Oct. 18 expiration, “shall continue to apply until the Security Council decides otherwise.” It says that full implementation of the arms embargo “is essential to the maintenance of international peace and security.”

Iran’s U.N. Ambassador Majid Takht Ravanchi tweeted: “Rebuffed by UNSC (Security Council) members, US was forced to retreat from its draft resolution … and proposed another version.”

“The new draft is similar — in its NATURE and GOAL — to the previous,” he tweeted. “Confident that the Council will — again — reject this move.”

The United Nations banned Iran from buying major foreign weapon systems in 2010 amid tensions over its nuclear program. That blocked Iran from replacing its aging military equipment, much of which had been purchased by the shah before the 1979 Islamic Revolution. An earlier embargo targeted Iranian arms exports.

The U.S. push to make the arms embargo permanent follows President Donald Trump’s 2018 withdrawal from the 2015 nuclear deal between six major powers and Iran, aimed at preventing Iranian development of nuclear weapons. Tehran has repeatedly insisted it has no interest or intention to produce a nuclear bomb.

The 2015 U.N. Security Council resolution endorsing the nuclear deal includes a provision lifting the arms embargo on Iran on Oct. 18.

The foreign ministers of Russia and China, in separate letters to U.N. Secretary-General Antonio Guterres and the Security Council last month, were sharply critical of the U.S. effort to indefinitely extend the arms embargo. They gave every indication they would veto any such resolution if it got the minimum nine “yes” votes in the 15-member council, which appears unlikely.

If the resolution is defeated, U.S. Secretary of State Mike Pompeo suggested the U.S. would invoke the “snap back” mechanism in the 2015 nuclear deal that would restore all U.N. sanctions on Iran. “Snap back” was envisioned in the event Iran was proven to be in violation of the accord, under which it received billions of dollars in sanctions relief in exchange for curbs on its nuclear program.

Russian Foreign Minister Sergey Lavrov accused the Trump administration of waging a politically motivated campaign against Iran and called for “universal condemnation” of the U.S. attempt to impose a permanent arms embargo on the Islamic Republic. He said Trump withdrew from the 2015 nuclear agreement and now has no legal right to try to use the U.N. resolution endorsing the deal to indefinitely continue the embargo.

Chinese Foreign Minister Wang Yi said the arms embargo should be lifted Oct. 18. He also argued that since the U.S. is no longer a party to the nuclear deal it “has no right to demand the Security Council to activate the rapid reinstatement of sanctions” through the “snap back” provision.

The five remaining signatories to the 2015 deal — Russia, China, Britain, France and Germany — remain committed to the agreement. Diplomats from several of these countries have expressed serious concern that extending the arms embargo would lead to Iran’s exit from the deal and its speeded-up pursuit of nuclear weapons.

The U.S. argues that Iran hasn’t been cooperating with the International Atomic Energy Agency for a year and has been moving a lot of weapons to proxies in the Middle East despite the embargo.