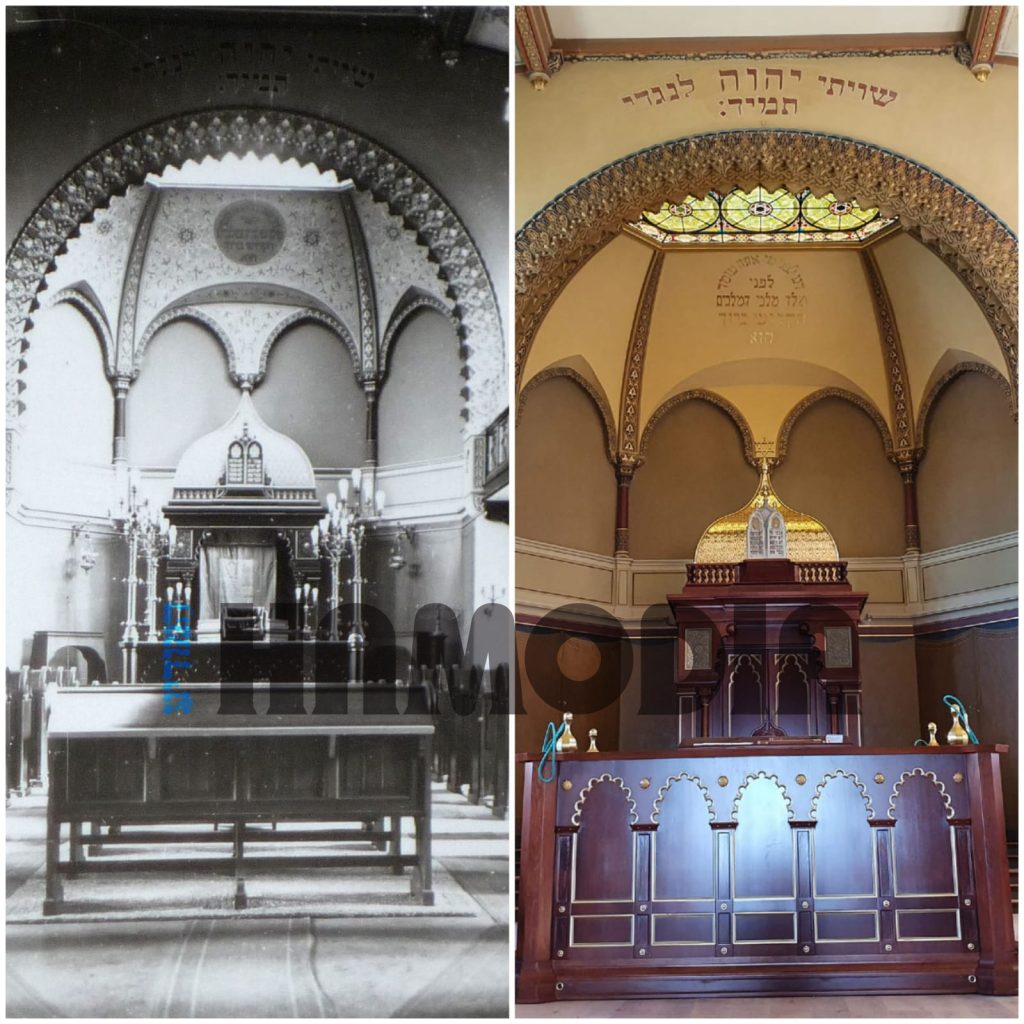 The years-long, €8.3 million ($9,750,000) restoration of the Carlebach shul in the city of Lübeck, in northern Germany, has been completed, but the gala reopening— which would have included hachnasas sifrei Torah — has had to be postponed because of the COVID-19 crisis. No new date has yet been set.

Built in 1880 and designed by local architect Ferdinand Münzenberger as an impressive Moorish-style building with a towering dome, the Carlebach Synagogue was damaged but not burned down during the Kristallnacht pogroms in 1938.

Its dome and other elaborate exterior elements were, however, destroyed, removed or simplified, and the building now is a rather austere-looking red brick structure.

The synagogue was the only one in the Schleswig-Holstein State that was not destroyed during the Nazi era. In 1994 the synagogue was firebombed by neo-Nazis. Its condition deteriorated in subsequent years.

Restoration work began in in 2014 but was halted in 2015 due to funding issues.

In 2016 the federal government earmarked €2.5 million for the project, enabling it to continue. Other funding came from the Schleswig-Holstein State and the Lübeck-based Possehl Foundation. Total costs were estimated at €8.3 million.

The exterior renovation, including replacement of windows and installation of a new roof, was completed in 2017. The interior work has included full restoration of the sanctuary with restoration or reconstruction of the women’s galleries, decoration, and furnishings. Security systems have also been put into place.

After the renovation, the synagogue offers 260 seats for men in the main shul and 90 seats for women in the gallery.

“Our synagogue is not only a place of prayer, but also a symbol for the revival of Jewish life in Lübeck, throughout Germany and in general,” said Rabbi Nathan Grinberg.

Talking to Hamodia from Manchester, Shimi Leifman, of Designer Woodcraft in Manchester, and installer for Kibbutz Lavi in U.K. and Europe, said that he was “proud to be involved in a project so rich in history, after what happened in Germany before and during the Holocaust, and now to the stage where Yiddishkeit is being revived and reignited across the country.”

Lübeck has a Jewish community with an estimate 650-700 members.