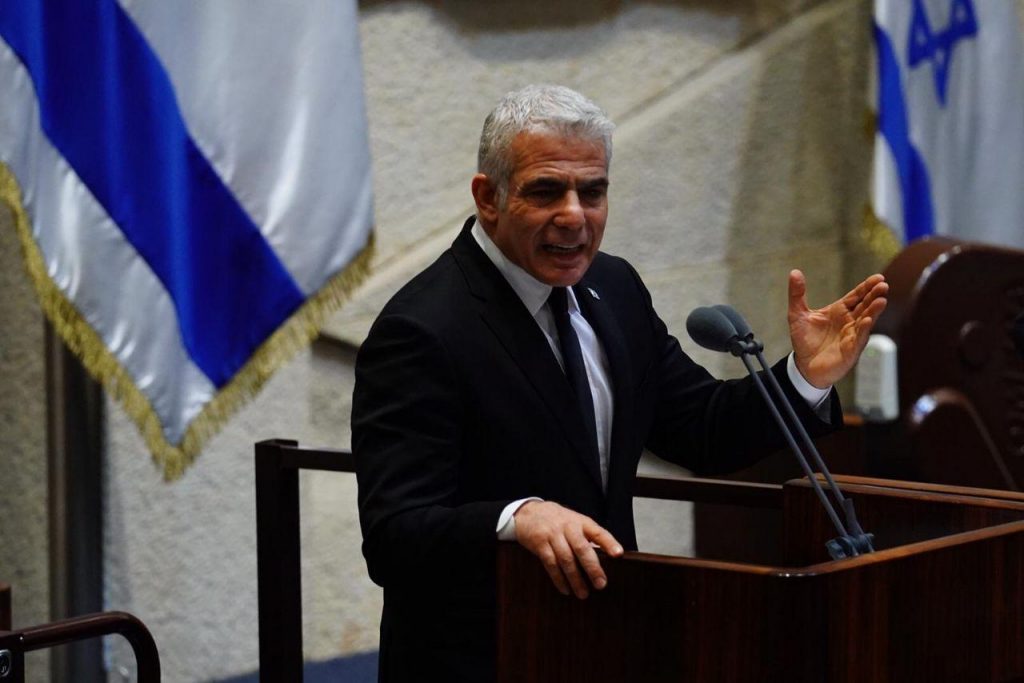 The Knesset voted down on Wednesday a Yesh Atid bill which would bar Prime Minister Binyamin Netanyahu from seeking reelection.

The bill, to ban anyone under indictment for serious crimes – namely Netanyahu, who has been indicted for fraud, bribery and breach of trust- from forming a government, was defeated by a vote of 53-37.

Opposition leader MK Yair Lapid (Yesh Atid) said that “the bill, which was originally written together with Benny Gantz and Gabi Ashkenazi, was not intended to harass or to troll. It is intended to ensure that the prime minister of Israel be focused on the administration of the State of Israel.”

The vote was conducted by roll call vote at the request of the opposition in order to embarrass Blue and White MKs who boycotted the vote. The Likud had warned Blue and White that if they would not vote against the bill, it would violate coalition discipline and would lead to elections.

During the debate on the bill, Netanyahu and Lapid faced off against each other.  “We are witnessing another vile chapter in the unending story of those who talk about democracy while trying to destroy it,” Netanyahu said. “I am here because I was elected [to be prime minister]. A huge amount of people put their trust in me in the last election. Such bills to prevent the candidacy of one person belong in the darkest regimes, like Iran.

“You cannot stop the truth, more than a million citizens voted for the Likud under my leadership. Yair Lapid and Ayman Odeh want to harm the will of the people, as is done in dictatorial regimes. This bill is a complete distortion – where do such laws pass? The only places in the world where  laws to thwart candidates are passed is in Iran and North Korea.

”Lapid, your disregard of right-wing and Likud voters is unforgivable. Everything you have is fake. You know little about almost anything. You’re constantly pretending. Without a matriculation certificate and without a bachelor’s degree you tried to get a fake PhD. Dr. Lapid.

”You’re impersonating a “democtator” but you’re a dictator with a constitution you wrote for yourself and appointing your people to the list. You’re Dr. Lapid and Mr. Dictatorship. The last person who dared to tell you the truth in your party, Adi Koll, was expelled from the party. A great democtator,” Netanyahu said.

“Lapid, stop acting against democracy,” Netanyahu said. “You are a fake democrat, and your father [late MK Tommy Lapid] was a real democrat.”

In response, Lapid said that Netanyahu forgot to mention that his own father, Dr. Benzion Netanyahu, had given him the advice to never touch money. He said that had he followed that advice, he would not have been indicted.

“When all you care about is not going to prison, there is nothing you are not willing to do,” Lapid said. “Instead of the coronavirus being his nemesis, his enemy is the prosecution, the courts and the media.”