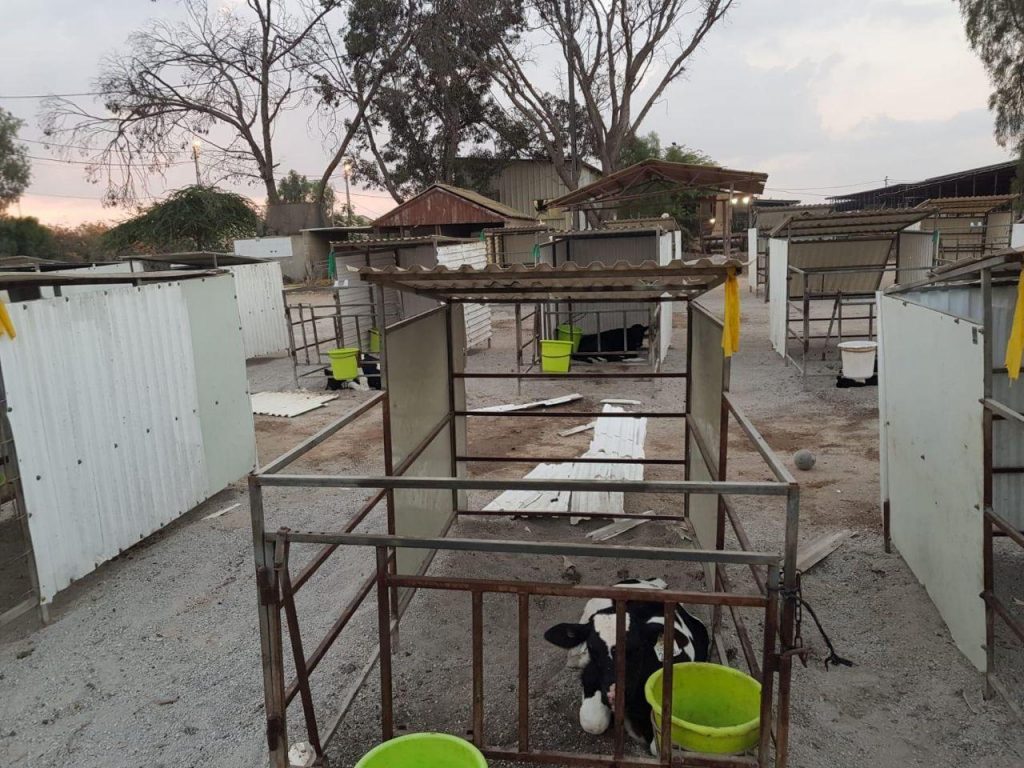 The IDF said Wednesday that it had opened an investigation after a missile landed inside a kibbutz in the Eshkol Regional Council when it was fired by a helicopter gunship toward the Gaza Strip in response to incendiary balloon attacks.

The missile fell near a cowshed and did not explode. There were no reports of injuries caused by the missile landing in the kibbutz close to the border with the Gaza Strip, but a structure was damaged, the IDF said. Sappers arrived on the scene to remove the missile.

The incident occurred as Israeli helicopter gunships and tanks attacked at least three sites in the Gaza Strip in response to a rash of airborne arson attacks that sparked more than 60 fires in Israel on Tuesday.

The IDF said its forces targeted “a military base, underground infrastructure and observation posts belonging to the Hamas terror group.”

There were no immediate reports of casualties.

The IDF said the strikes were in response to the arson attacks over the last week and noted that Israel holds Hamas responsible for all violence emanating from the territory. The strikes came hours after Israeli leaders threatened Gaza’s Hamas rulers that Israel would take “forceful” action if the airborne arson attacks were not brought under control.

Balloon-borne incendiary devices launched from the Gaza Strip sparked at least 60 fires in southern Israel throughout Tuesday, according to firefighters. Officials said most were small fires, but some caused damage.