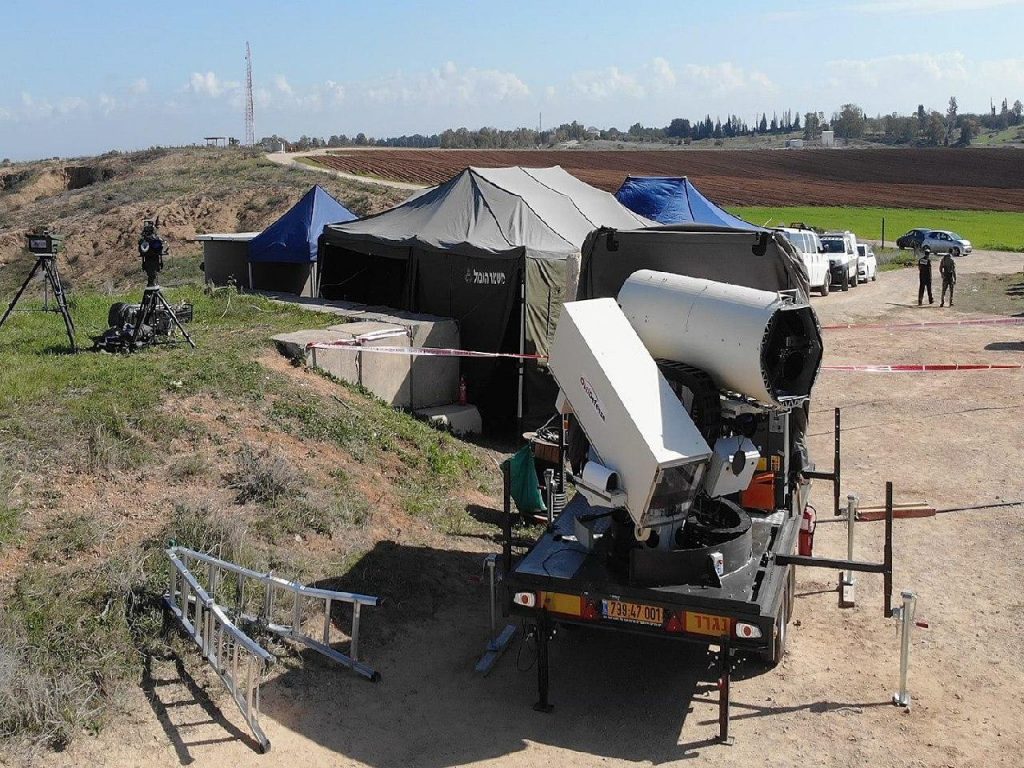 The IDF deployed its new “Lahav Or” (Light Blade) laser system, designed to intercept airborne incendiary threats launched from the Gaza Strip, for the first time on Tuesday.

Said to be the first defense system of its kind in the world, the Light Blade system will target incendiary balloons and kites, which have started countless fires in the southern border vicinity communities in recent years, as well as drones.

The past week has seen a rapid increase in incidents when Gaza-based terrorists have been sending explosives-laden balloons flying over the border. On Tuesday alone, incendiary objects launched from Gaza ignited 60 brush fires across southern Israel, causing much damage. In response, Israeli aircraft bombed Hamas targets in Gaza overnight Tuesday.

The system resembles the Iron Dome missile defense system in its technology.

Light Blade was developed by three civilian engineers working with Ben Gurion University researchers and the technology branches of the Israel Police and IDF. The project was led by Border Police Commissioner Maj. Gen. Yaakov Shabtai.

According to available details, the laser is capable of engaging targets with an effective range of 2 kilometres (1.2 miles), both day and night.

Shabtai said last year upon the system’s initial unveiling that Light Blade “provides a near conclusive response to everything relating to balloons and kites, and delivers a safe and effective solution to the drone threat.”

On Monday, Gantz ordered the IDF to temporarily shut down operations at the Kerem Shalom crossing, through which goods enter the Gaza Strip. The flow of humanitarian aid and petroleum fuels into the Gaza Strip will remain unchanged.

“Such incidents will first and foremost hurt the residents of the Gaza Strip and the efforts to improve its economic state for the welfare of the Palestinian people,” the Defense Ministry said.

“Israel and the IDF will react forcibly against any infringement on our sovereignty and any harm that comes to Israeli civilians.”