Israel Gamzu to Yerushalayim Officials: Get the Numbers Down
CoronavirusIsrael 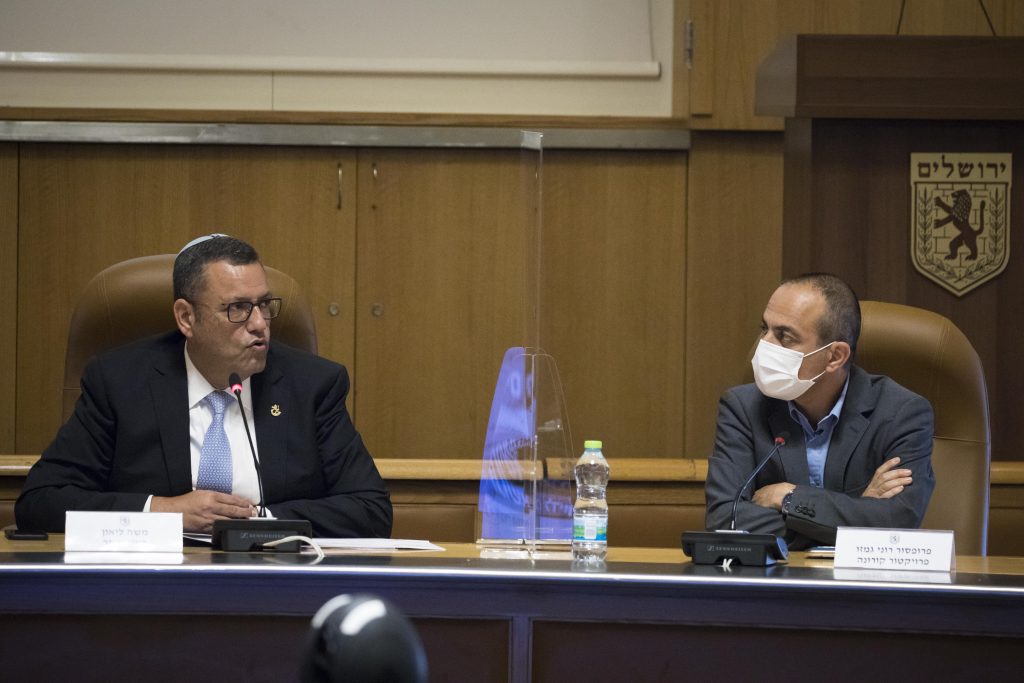 Israel’s national coronavirus commissioner Professor Ronni Gamzu visited Yerushalayim on Wednesday, meeting with Mayor Moshe Lion and other municipal officials, as the city has the highest number of coronavirus infections in Israel.

“You’re succeeding in lowering the numbers, but the morbidity is still high,” Gamzu said. “Any other city in the world with morbidty rates like these would already be locked [down].”

Gamzu said that the density of some neighborhoods makes it harder to manage the outbreak in the city.

Yerushalayim has been coded a “red” city because of the continual rise in the number of confirmed cases among its residents.

“Your job is to get control of the corona numbers in the most complex city in Israel,” Gamzu told city officials.

Also on Wednesday, Gamzu visited Bnei Brak, and met with Mayor Rabbi Avraham Rubinstein and the staff of the corona headquarters.

In view of the extreme morbidity data in the city, Gamzu demanded that self-isolation be undertaken at every event of a verified patient – already from the symptom stage, even before the answer of the coronavirus is received.

“You have managed to reduce the morbidity impressively,” Gamzu said, “but there will be no further decline without drastic measures being taken.”

The municipality of Bnei Brak presented Gamzu the plan according to which it acts and evacuates patients from the city, giving out information and enforcement against violators of guidelines.

In addition, Prof. Gamzu was presented with a serological survey conducted in the city, according to which a maximum of 7.5% have been infected with the coronavirus and recovered. “This means that the potential for infection in the city is still enormous,” said Gamzu.

Gamzu also sought to learn about enforcement methods and how to conduct epidemiological investigations, and ordered a course of action compatible with the city where most infections occur at home.

Maj. Gen. (res.) Roni Numa, the head of the Bnei Brak emergency coronavirus task force and the person in effect charged with managing the crisis in the city in the first wave, also participated in the meeting. He noted that a crowded city like Bnei Brak requires a different approach, since most infections occur at home, and that while families may be sent into isolation by mistake, until they receive the test results, Prof. Gamzu’s demand to isolate families is the correct approach.