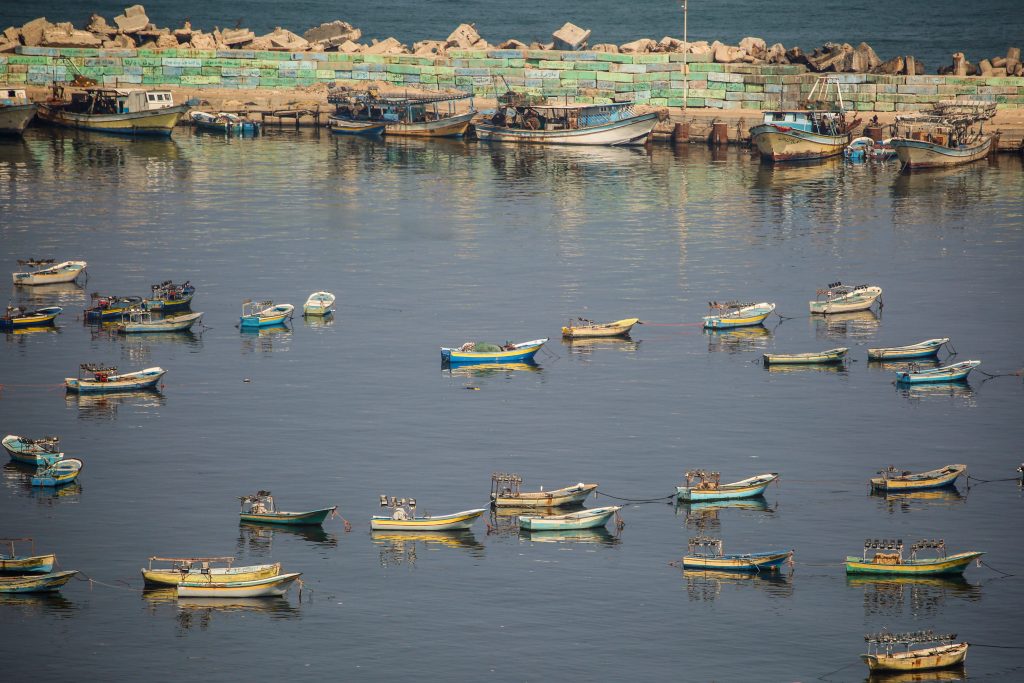 In response to continued cross-border arson attacks, Israel restricted the Gaza offshore fishing zone on Wednesday from 15 to 8 nautical miles, the Times of Israel reported.

Firefighters were called out to battle blazes in the Ashkelon Coast, Eshkol and Sdot Negev regional councils. One balloon landed in the yard of a house in the Sha’ar Hanegev council, but did not cause any injuries or damage.

“The decision was made in light of ongoing and recurring terrorist activities from the Gaza Strip against Israeli citizens in recent days, which represent a violation of Israeli sovereignty,” COGAT, Coordinator of Government Activities in the Territories, said in a statement.

Earlier, the tax authority revealed that last week customs inspectors in Ashdod thwarted an attempt to smuggle tens of thousands of helium balloons into Gaza.

The balloons were concealed in two containers of old clothing items imported by Gazan importers. The contents were seized by the authorities and the matter was transferred to the security forces for further investigation.

“The Gaza envelope is under attack. In recent days, tens of thousands of residents of the envelope have faced an unprecedented attack by explosive and incendiary balloons. The Gaza terror virus is still here. This is not a first wave or a second wave, but years upon years of continuous terrorism. The Israeli government knows how to mobilize the best minds in the fight against a mysterious virus, and it is time to mobilize the best minds to find an effective solution for terrorism in general and balloon terrorism in particular,” Revivo said.