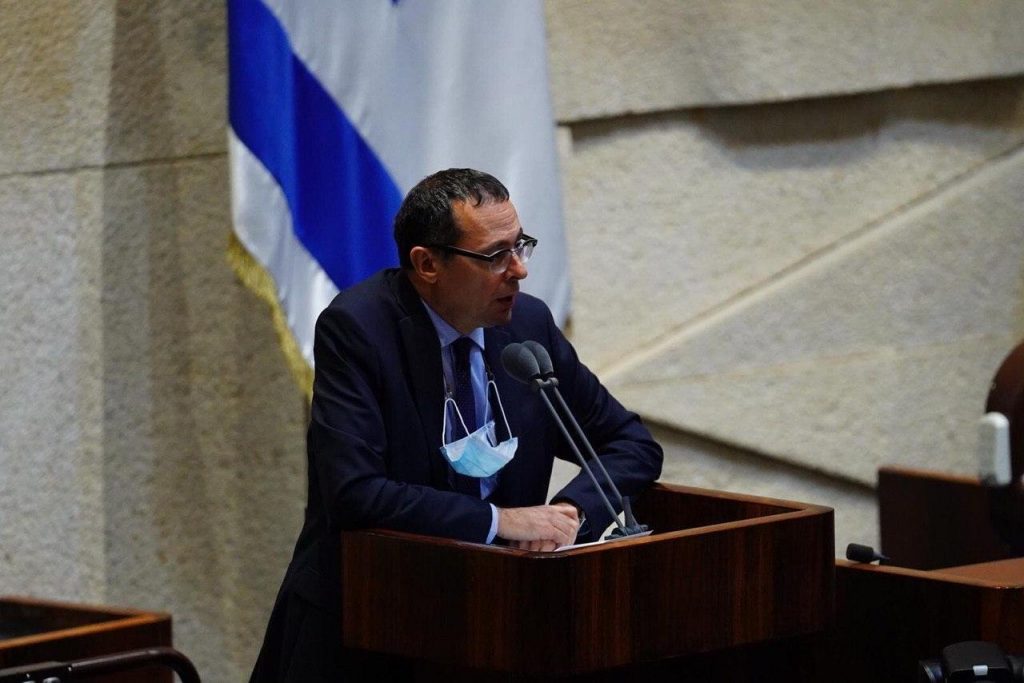 The Knesset plenum voted – 56 MKs in favor to 41 against – on Wednesday afternoon on a preliminary reading of a bill that would postpone the deadline for passing the state budget by 100 days, from August 24 to December 3.

The bill is being advanced because the two leading partners in the coalition have yet to come to an agreement on whether to pass a biannual budget or two one-year budgets. If no budget passes by the deadline, the Knesset would be dispersed automatically.

“If we don’t take action soon, the Knesset will be dispersed,” the bill’s sponsor, MK Zvi Hauser (Derech Eretz) told the plenum. “My bill will allow us to tell the public: Yes, we are doing what is necessary to tackle the challenge that has fallen on us.”

The bill, that would give more time for Prime Minister Binyamin Netanyahu and Blue and White leader Benny Gantz to negotiate an agreement, will go to the Knesset Finance Committee to be legislated further. Channel 12 reported that the Likud was asking Blue and White for concessions and changes in the coalition agreement in return for passing a two-year budget, as Gantz wants and the coalition agreement states.

The bill’s sponsor, MK Hauser, lamented that both Likud and Blue and White were telling their supporters how right they were instead of sitting down and reaching an agreement on a new state budget. “The only question about my bill is whether to punish the public by allowing new elections that they don’t want and would cost the country NIS 5 billion,” Hauser said.

“This government is not perfect but it is the only solution,” he noted.

“The absolute majority of Israeli citizens is the silent majority; they are not participating in demonstrations, and not shouting in the streets, but they do not want elections!

“I expect all members of this House to give another opportunity for compromise and solution, and to vote in favor of this proposal in the preliminary reading and later in the additional readings,” said Hauser