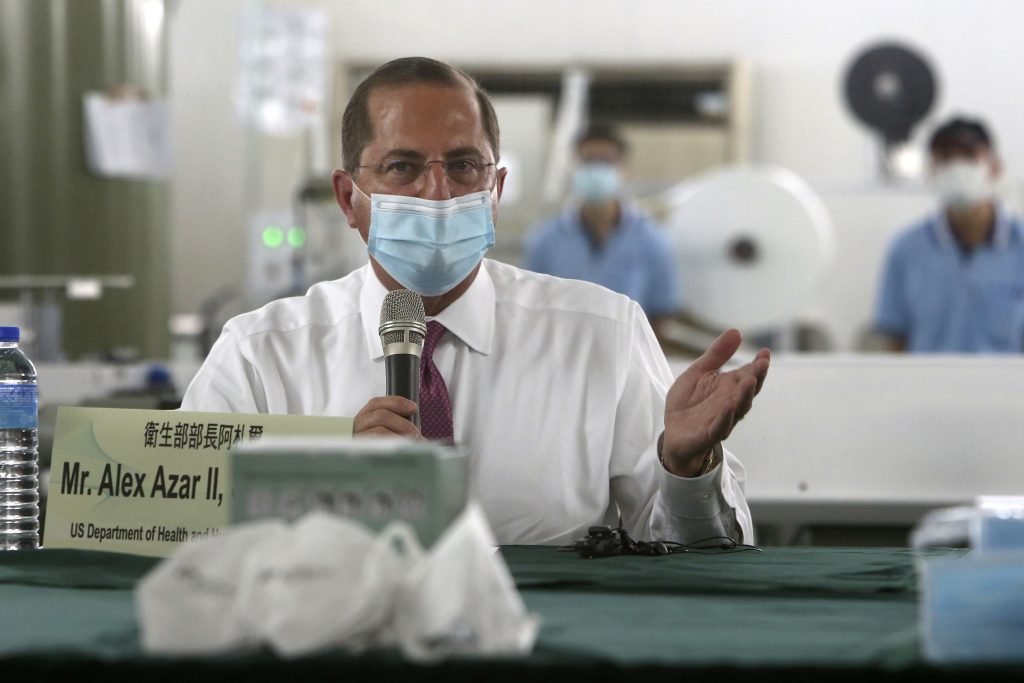 U.S. Health Secretary Alex Azar says the push to develop a COVID-19 vaccine is “not a race to be first.”

Azar’s comments during a visit to Taiwan on Wednesday follow Russian President Vladimir Putin’s announcement that his country was the first to approve a coronavirus vaccine, prompting doubts about the science and safety behind that purported achievement.

Azar said the U.S. is combining the powers of its government, economy and biopharmaceutical industry to “deliver as quickly as we can for the benefit of the United States’ citizens, but also for the people of the world, safe and effective vaccines.”

He said the U.S. has secured an advanced manufacturing contract for a vaccine being developed by the company Moderna and has supply agreements with five other firms who have vaccines in the works.

He said four of the six companies under contract have reported testing results showing they produce more antibodies for the virus than people who have survived COVID-19, without severe side effects.

Azar said that two companies’ vaccine candidates have entered the third phase of trials while the Russian vaccine is just now embarking on that stage with no information having been disclosed.

He said the U.S. process should allow the production of a “gold-standard, safe and effective vaccine” available in the tens of millions of doses by the end of the year.