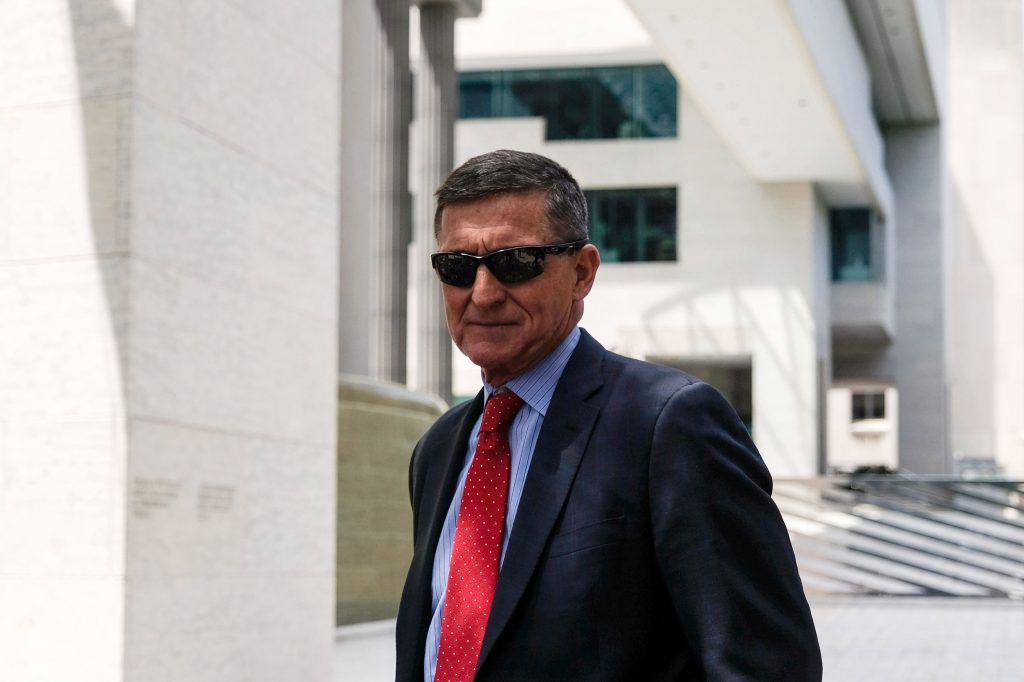 A federal appeals court appeared to balk at former national security adviser Michael Flynn’s claim that the judge overseeing his prosecution has no choice but to grant the U.S. Justice Department’s surprise motion to dismiss the case without holding a hearing.

During a rare review by the full appellate panel, most of the judges at the court proceeding in Washington on Tuesday posed questions suggesting U.S. District Judge Emmet Sullivan should be allowed to decide for himself whether to toss the case against Flynn, a high-profile ally of President Donald Trump.

“The judge is not simply a rubber stamp,” said Thomas B. Griffith, who was appointed to the bench by President George W. Bush, as he questioned Flynn’s lawyer, Sidney Powell.

Sullivan has argued he should be allowed to probe whether the request to dismiss the case — after Flynn had already pleaded guilty — is a corrupt effort to help an ally of the president, who has repeatedly claimed the prosecution is part of a “deep state” effort to undermine his administration.

A three-judge panel of the federal appeals court in Washington initially denied Sullivan’s request in June and ruled he must dismiss the case, handing Flynn and the government a major victory. But the full appeals court granted the trial judge’s request for a rare “en banc” rehearing before a larger panel of judges.

Flynn pleaded guilty to lying to federal agents in the early days of the Russia investigation. He sought to withdraw his plea and dismiss the case before the Justice Department said it was walking away from the prosecution.

A so-called friend of the court appointed by Sullivan to argue against dismissal said the government’s motion was improper and should be denied.

On Tuesday, several of the appellate judges noted that even if Sullivan denies the DOJ’s dismissal request, Flynn can still file an appeal that may succeed.

One of the appellate judges, Robert L. Wilkins, asked Flynn’s defense attorney a hypothetical question: If a group of nuns approached the court to say they had video footage of a prosecutor taking a bribe from a defendant to dismiss a case, should that judge be allowed to investigate a motion to dismiss?

Even in such a case, Flynn’s attorney said, a judge would have no choice but to dismiss and should instead refer the matter to the Justice Department for prosecution of the prosecutor.

“He cannot go behind the prosecutors’ decision to dismiss a case,” Powell said.

Deputy U.S. Solicitor General Jeff Wall was also questioned during the hearing. Wall said he agreed with Powell’s argument that Sullivan should be pulled off the case due to an appearance of bias.

Sullivan has shown “a level of investment in the proceedings that is problematic,” Wall said.