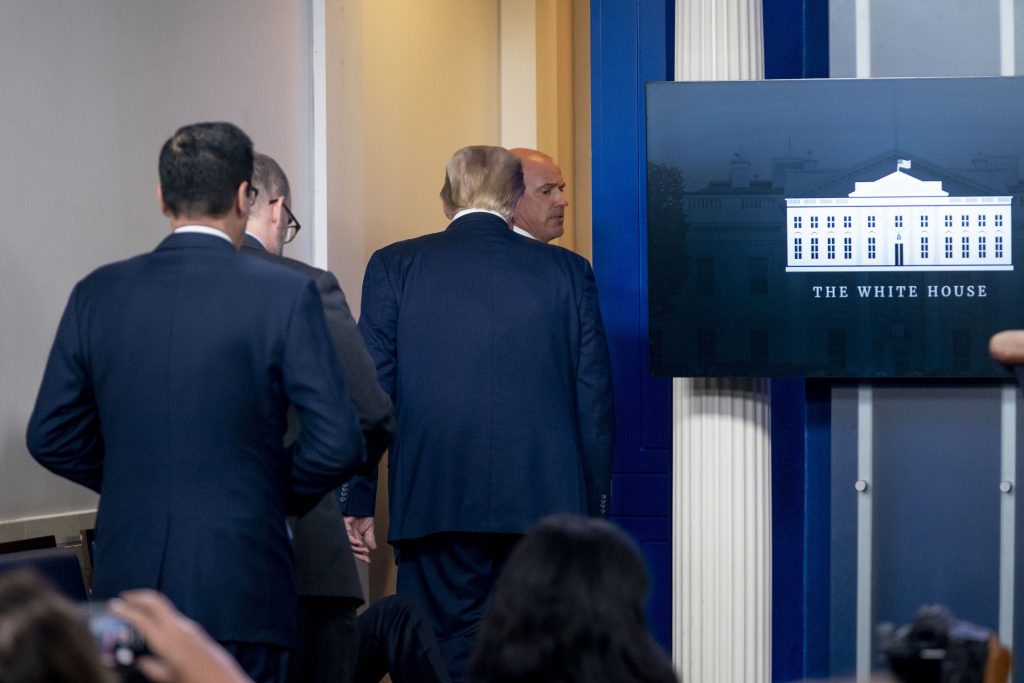 President Donald Trump was abruptly escorted by a U.S. Secret Service agent out of the White House briefing room as he was beginning a coronavirus briefing Monday afternoon. He returned minutes later, saying there was a “shooting” outside the White House that was “under control.”

“There was an actual shooting and somebody’s been taken to the hospital,” Trump said. The president said the shots were fired by law enforcement, saying he believed the individual who was shot was armed. “It was the suspect who was shot,” Trump said.

Trump said he was escorted to the Oval Office by the agent. The White House was placed on lockdown following the incident.

The shooting took place near 17th Street and Pennsylvania Avenue just blocks from the White House, according to two sources with knowledge of the situation who were not authorized to speak publicly about it. Law enforcement officials were still trying to determine the suspect’s motive.

The suspect was transferred to a local hospital, and the District of Columbia fire department said the man suffered serious or possibly critical injuries. Authorities were investigating whether the individual has a history of mental illness.

Trump praised the work of Secret Service personnel for their work in keeping him safe. Asked if he was shaken by the incident, Trump asked reporters: “I don’t know. Do I seem rattled?”