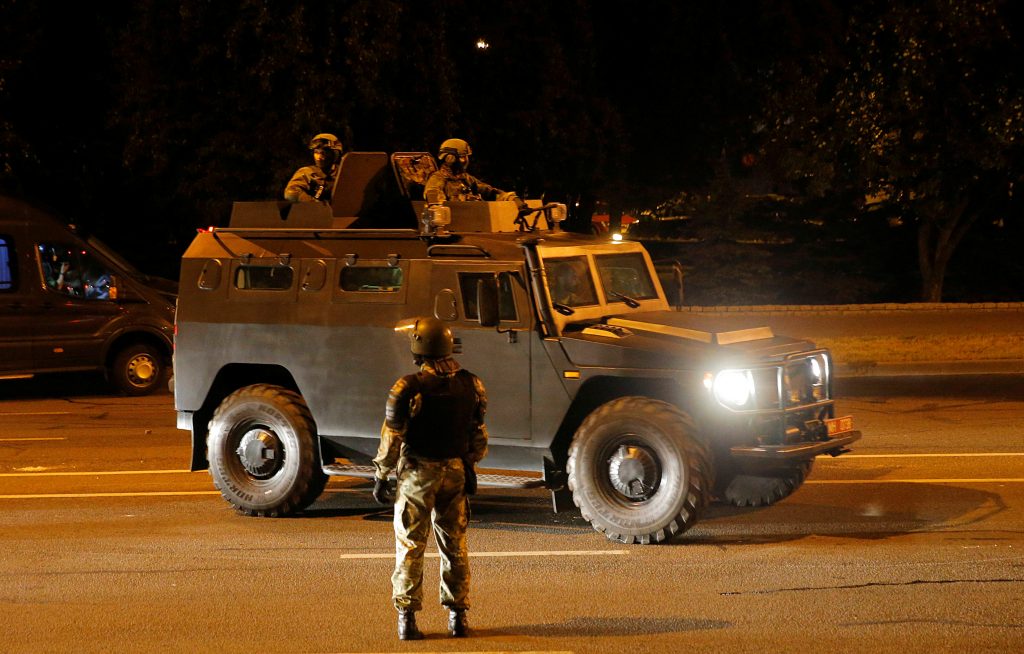 Preliminary official results earlier on Monday showed that Lukashenko had won 80% of the vote in Sunday’s election. Tikhanouskaya, a former English teacher who emerged from obscurity to become his main rival, won 9.9% of the vote, the data showed.

Tikhanouskaya told reporters in Minsk she considered herself the election winner not Lukashenko. She said the election had been massively rigged.

Her aides said the opposition wanted a vote recount at polling stations where there were problems.

They also said the opposition wanted to hold talks with authorities about how to bring about a peaceful change of power.