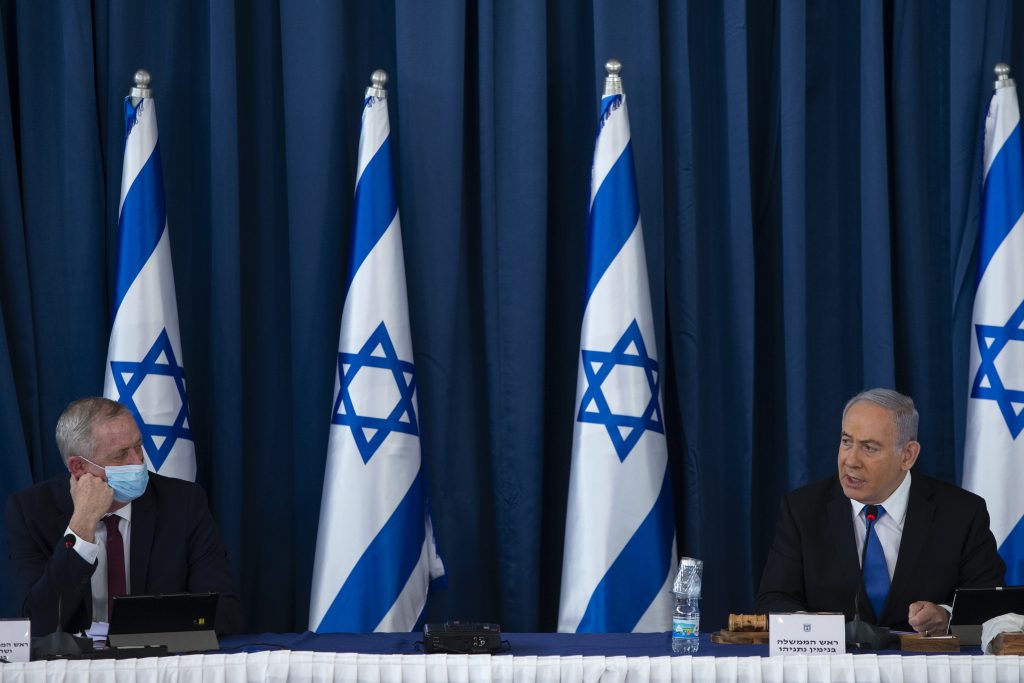 The issue of Defense Minister Benny Gantz’s turn as prime minister flared into public view on Monday as Prime Minister Binyamin Netanyahu‏‏ acknowledged that the rotational agreement was in jeopardy.

When asked whether he will cede the office of prime minister to Gantz after the prescribed year and a half, PM Netanyahu answered in an interview on Channel 20:

“That depends on him. If he will stop leading a faction that is a government within the government, a government against the government, that argues with us on every matter, that delays budgets and other things, he will be prime minister. If not, it will break apart on him,” Netanyahu said.

From the outset, politicians and pundits cast doubt on expectations that Netanyahu would ever voluntarily relinquish the premiership to Gantz, regardless of what the coalition agreement says. The current row over a one-year or two-year budget is merely a pretext being used by Netanyahu to break up the coalition and go to elections, according to his critics.

Netanyahu and Gantz both insist they do not want another round of elections.