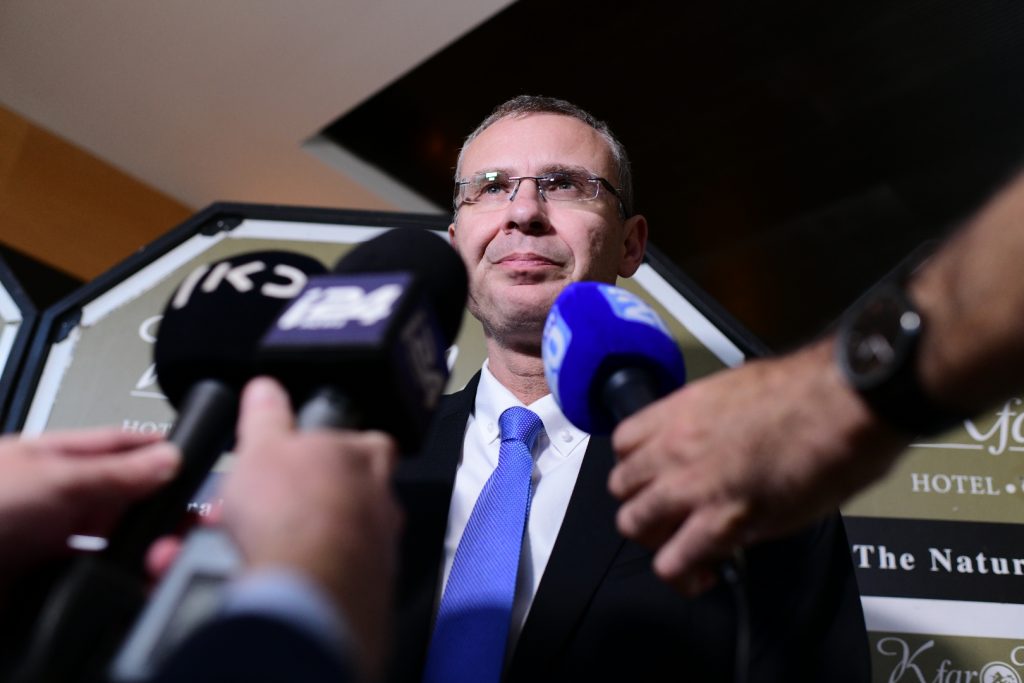 Knesset Speaker Yariv Levin said Monday that the government hasn’t yet solved its problems and that a fourth round of elections could yet be on the table, despite coming to some sort of agreement over the budget.

Prime Minister Binyamin “Netanyahu said explicitly that we need to make a supreme effort to avoid elections,” Levin said in an interview with Army Radio.

“I hope that’s how it will unfold, but the understanding is that by mutual silence and disagreement we won’t get far,” he added. “We are still far from solving the problem.”

The ongoing disagreement between Netanyahu and Defense Minister Benny Gantz over the budget could lead to dispersing of the Knesset. However, on Sunday night, MKs Zvi Hauser and Yoaz Hendel (Derech Eretz) put forth a bill that would allow the Knesset to delay the budget vote by three months, setting the next budget vote for November, and allowing for political stability.

The Likud and Blue and White have been locking horns over the question of whether to pass a one-year or two-year budget for weeks.

Blue and White demand that Likud endorse a biennial budget, as stipulated in the coalition agreement, but Netanyahu prefers a single-year budget.

If a government is unable to pass the annual budget within 100 days of its formation the Knesset must dissolve and new elections must be held. This meant the vote on the state budget, regardless of its nature, was for Aug. 24.

Netanyahu reportedly agreed to submit the bill to the Knesset on Wednesday.

In response, Gantz’s Blue and White Party released a statement to the media, blessing the Likud for “preserving the political and public stability of Israel. Blue and White will do everything it can in order to prevent terrible elections from Israeli citizens during the midst of one of the worst crises in the history of the state.”

It needs to be seen what the budget would be if it only needs to pass in November, if the Likud would still demand a budget just for 2020.