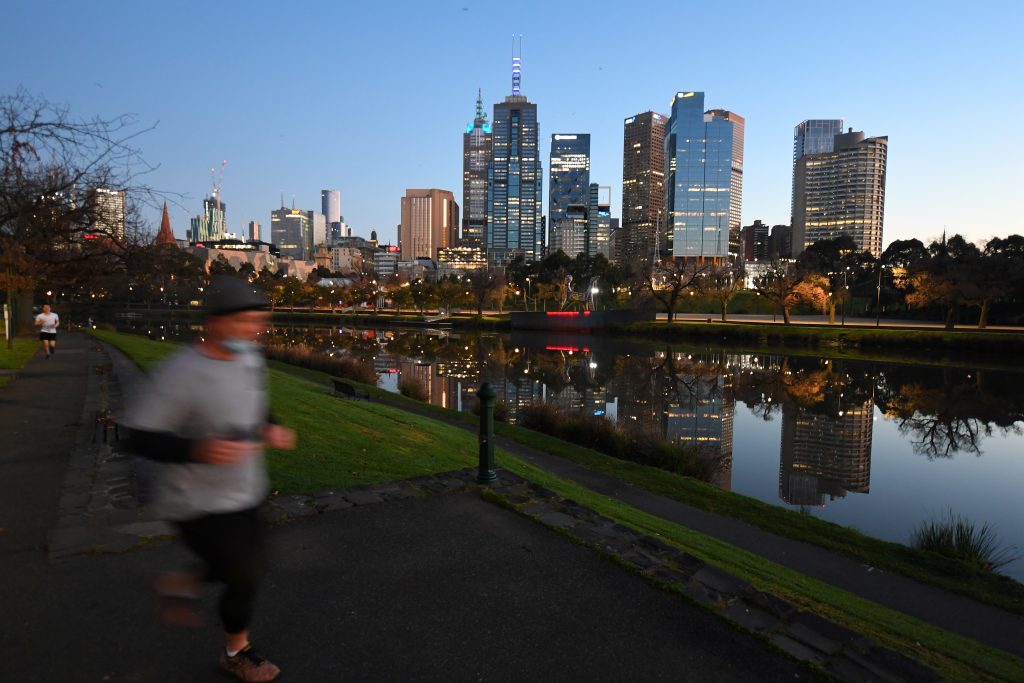 Australia recorded its biggest one-day rise in COVID-19 deaths on Monday although a slowdown in new cases gave hope that a second wave of new infections in the State of Victoria may have peaked.

Nineteen people had died from the virus, all in Victoria, in the past 24 hours, a national daily record. However only 337 people had been diagnosed with COVID-19 across the country, the lowest one-day rise since July 29, officials said.

“This is an agonizing day for the members of the 19 families who have lost a loved one to COVID-19 today,” Michael Kidd, Australia‘s deputy chief medical officer, told reporters.

“We are now seeing the first promising signs of a significant decline in the number of cases.”

The slowdown in cases comes more than a month after the nearly 5 million residents of Melbourne, the capital of Victoria, were told to stay home, and a week after most businesses in the country’s second-largest city were ordered to close in an attempt to slow the spread of the virus.

With about 21,000 COVID-19 cases and 314 deaths, Australia has still recorded fewer infections and fatalities than many other developed nations. Outside the two largest states of Victoria and New South Wales, the virus has been effectively eliminated.

Desperate to contain the outbreak, Australia‘s states and territories have closed their borders and slowed a timetable to remove remaining social-distancing restrictions. Victoria will continue in a hard lockdown for at least another five weeks.

Prime Minister Scott Morrison said internal travel restrictions were likely to remain until at least the end of 2020.

Social distancing restrictions have devastated Australia‘s economy. Unemployment is expected to peak at 14% this year as the country enters its first recession in nearly three decades.

The government last week pledged to expand its wage subsidy scheme by A$16.8 billion (US$12 billion) amid the Victorian outbreak, prompting some criticism that the economic toll was too high.

But Morrison said the alternative was unthinkable.

“There have been some suggestions, I’ve read it … that somehow our elderly should in some way have been offered up in relation to this virus,” Morrison told reporters in Canberra. “That is a just hideous thought. An absolutely amoral, hideous thought. One that I’ve had no countenance with when it’s been suggested.”