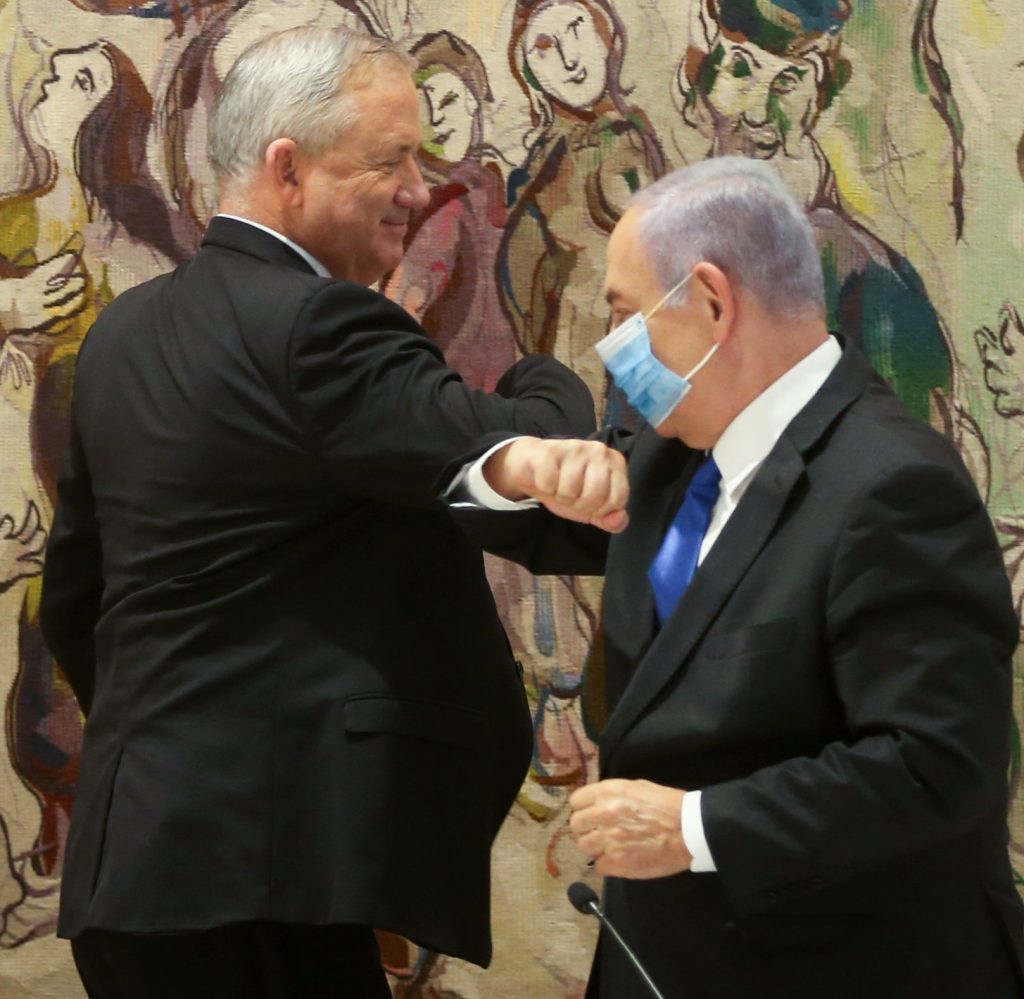 The Corona Cabinet met Sunday afternoon, in a meeting that turned tense as Prime Minister Binyamin Netanyahu and Alternate Prime Minister Benny Gantz traded insults, on the backdrop of new election talks, and after the weekly Cabinet meeting wasn’t convened.

The Likud and the Blue and White Party remain deadlocked over the state budget, with the Likud calling for the passage of a single-year budget, while Blue and White is demanding the Likud honor the coalition agreement which calls for a two-year budget to be passed, thus ensuring the stability of the government until the end of 2021, which would ensure that Gantz be appointed prime minister, as agreed upon.

During the meeting, Ganz shouted at Netanyahu: “From day one, you didn’t intend to honor the coalition agreement and pass a biannual budget.” Netanyahu responded sarcastically: “Can someone turn up the volume, we don’t hear you.”

In the heat of the debate, Gantz shouted at Finance Minister Yisrael Katz (Likud), in what one of the ministers who participated in the discussions described as Gantz losing his temper. The minister, who spoke to Channel 12, said that Gantz’s voice was broken and it was difficult to understand exactly what he was screaming.

According to the details that reached Channel 12, the debate began when Economy Minister Amir Peretz put forward a proposal to help businesses that were forced to close in “red” cities. The outline requires the government to give a 15% compensation for the businesses that were forced to close. Finance Minister Katz objected and asked to vote on his total compensation plan of NIS 8.5 billion.

As the Finance Minister continued to express his opposition, Ganz began to shout at him: “This is already an issue that was already agreed on with Minister Deri. The Prime Minister instructed you to uphold it and it has nothing to do with anything else.” According to one attendee, Ganz took the opportunity and attacked Katz: “You instructed the Finance Ministry to work on a one-year budget, contrary to all the agreements.”

Katz then turned to Gantz and told him that Blue and White’s statement was false, that the proposals were without their knowledge, and that all the details were agreed with his adviser, Hod Betzer, in the Economic Cabinet and after a meeting with Minister Amir Peretz. “Announce immediately that you are allowing it to bring it up for a vote in the government and the prime minister will ask to the Knesset Speaker and ask for special approval to vote on it immediately.”

The government has until August 25 to approve a budget or it will automatically dissolve. If the country will go to new elections, Channel 12 says that November 18 is seen as a likely election day. It isn’t clear how elections can be held, under the coronavirus restrictions.