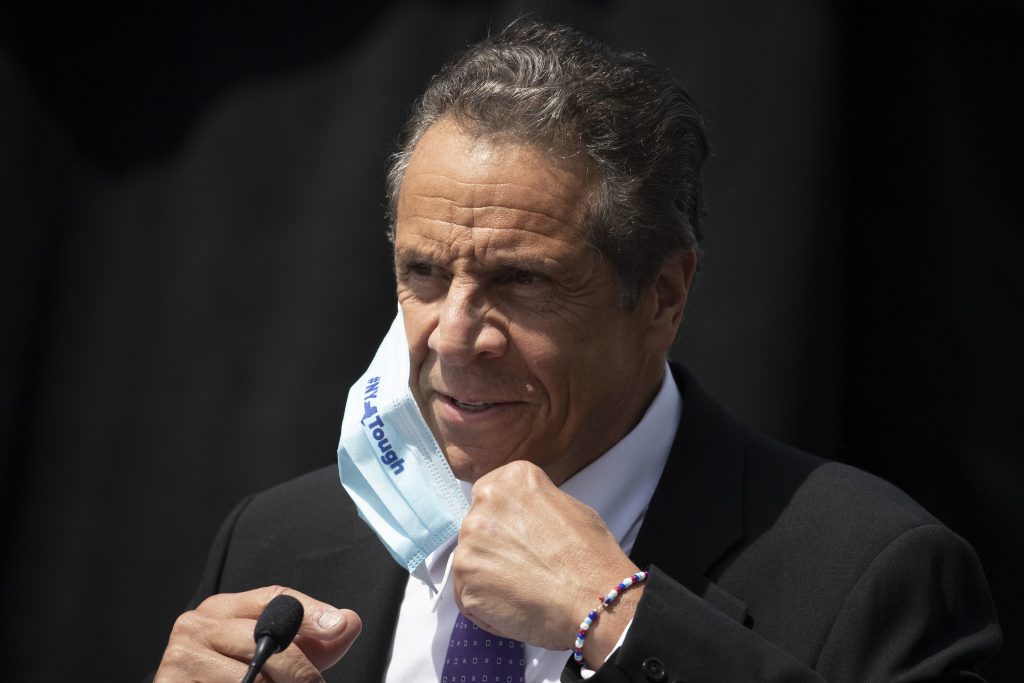 New York Gov. Andrew Cuomo on Sunday dismissed President Donald Trump’s executive orders as “laughable” and another chapter in the federal government’s botched response to the coronavirus as he praised New Yorkers for mostly good behavior that has reduced the infection rate in his state.

The Democrat was particularly critical of Trump’s Saturday announcement that states must pay part of $400 weekly unemployment insurance benefits.

“The concept of saying to states, you pay 25 percent of the insurance, is just laughable,” Cuomo said. “It’s just an impossibility. So none of this is real on the federal side. This is going to have to be resolved.”

He said he didn’t know if Trump was “genuine in thinking the executive order is a resolution or if this is just a tactic in the negotiation. But this is irreconcilable for the state. And I expect this is just a chapter in the book of Washington COVID mismanagement.”

Meanwhile, Cuomo praised New Yorkers for driving down the rate of infections in the state so low that only .78% of 65,812 tests performed Saturday came back positive.

He said the 131 individuals in intensive care units also represented the lowest number since the early days of the health crisis.

It was not all good through. Another seven deaths were recorded.

She said that although one death was reported — the first in two weeks — there were only 38 hospitalized patients with 10 in intensive care and only two on ventilators.

Cuomo tried to keep the pressure on local authorities to enforce rules meant to keep crowds from performing at bars and restaurants.

He said state police and state liquor authority inspectors were filling gaps in local enforcement by issuing 26 citations to bars and restaurants Saturday, including 16 in Queens.

“C’mon Queens,” he said, continuing the folksy style that has made him a frequent personality on the national coronavirus stage.

He also called out the New York Police Department, saying it needed to “step up and help in New York City.”