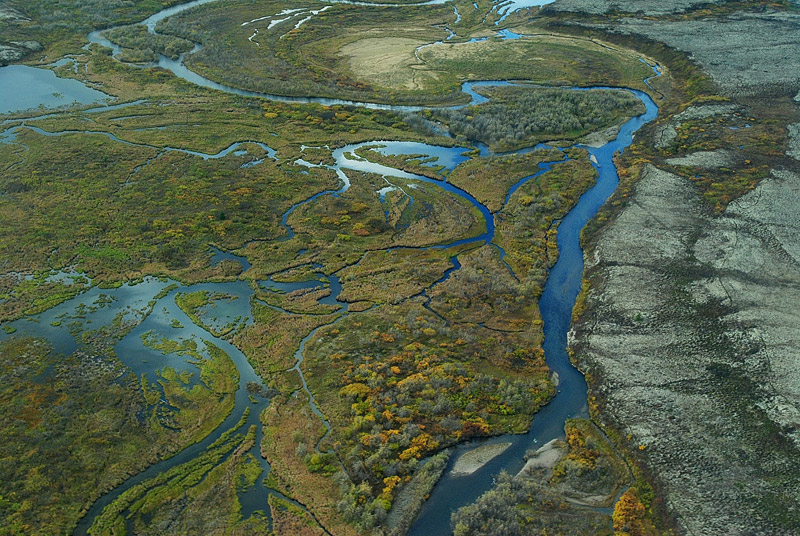 Democratic presidential candidate Joe Biden said on Sunday that if he’s elected, his administration would stop a proposed copper and gold mine in Alaska’s Bristol Bay region.

“It is no place for a mine,” the former vice president said in a statement to news media. “The Obama-Biden Administration reached that conclusion when we ran a rigorous, science-based process in 2014, and it is still true today.”

However, the Environmental Protection Agency under the Obama administration proposed restricting development in the Bristol Bay region, but never finalized the restrictions. The agency retains the option to invoke that so-called veto process again if it decides to do so.

The mine would be built near headwaters of the Bristol Bay salmon fishery about 200 miles southwest of Anchorage. Conservation and local tribal groups say they fear the mine will devastate the fishery.

Biden said the salmon fishery is an economic powerhouse that should be protected for Alaska Natives and fishermen, according to The Anchorage Daily News.

The EPA has said the Bristol Bay watershed supports the largest sockeye salmon fishery in the world and contains significant mineral resources. An environmental review released by the U.S. Army Corps of Engineers last month — and assailed by critics as deficient — stated that under normal operations, the alternatives it looked at “would not be expected to have a measurable effect on fish numbers and result in long-term changes to the health of the commercial fisheries in Bristol Bay.”

Mine developer Pebble Limited Partnership has praised the Army Corps’ review as thorough and accurate.

Earlier this week, President Donald Trump said he would “listen to both sides” after his eldest son and a campaign adviser urged him to intervene to block the Pebble Mine.

The corps has yet to make a permitting decision. When it does, it could issue a permit, approve a permit with conditions or issue a denial. The project, should it advance, also would face a state permitting process.