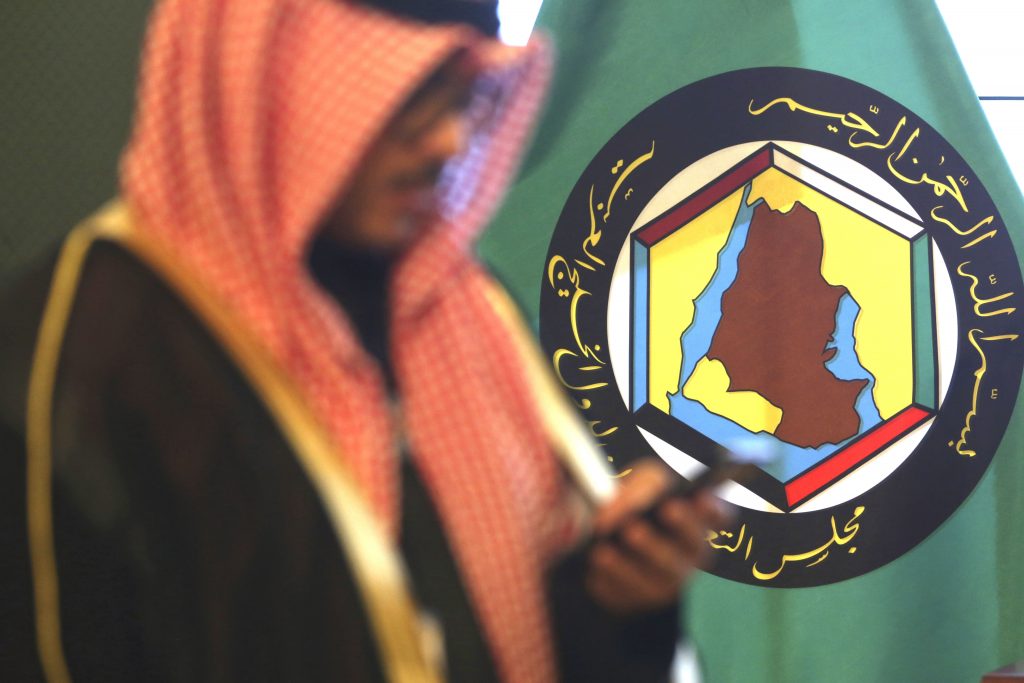 A six-nation bloc of Gulf Arab nations torn apart by internal strife endorsed on Sunday an extension of a United Nations arms embargo on Iran, just two months before it is set to expire.

The Gulf Cooperation Council said it sent a letter to the U.N. Security Council backing an extension of an arms embargo that’s kept Iran from purchasing foreign-made weapons like fighter jets, tanks and warships.

The GCC — comprised of Bahrain, Kuwait, Oman, Qatar, Saudi Arabia and the United Arab Emirates — alleged Iran had “not ceased or desisted from armed interventions in neighboring countries, directly and through organizations and movements armed and trained by Iran.”

A Saudi-led coalition continues to battle Yemen’s Houthi rebels, whom the U.N., the U.S. and armament experts have accused of receiving arms from Iran. Tehran denies arming the Houthis, even as Iranian armaments and components have repeatedly turned up in Yemen.

“As such, it is inappropriate to lift the restrictions on conventional weapons’ movement to and from Iran until it abandons its destabilizing activities in the region and ceases to provide weapons to terrorist and sectarian organizations,” the GCC said.

Mousavi also criticized the Gulf Arab countries for being “among the largest arms buyers in the region and the world,” even amid the economic downturn caused by the coronavirus pandemic.

The U.N. banned Iran from buying major foreign weapon systems in 2010 amid tensions over its nuclear program. That blocked Iran from replacing its aging equipment, much of which had been purchased by the Shah before the 1979 Islamic Revolution. An earlier embargo targeted Iranian arms exports.

Iran’s 2015 nuclear deal saw the U.N. agree to sunset the arms embargo this October. President Donald Trump unilaterally withdrew America from the deal in 2018, part of a maximum pressure campaign that’s hurt Iran’s already-ailing economy and led to a series of escalating incidents in the Mideast.

That the GCC offered a unified statement on Iran comes as it remains torn by the ongoing Qatar crisis, which saw Bahrain, Egypt, Saudi Arabia and the Emirates cut diplomatic ties and launch a boycott of the nation beginning in 2017. Kuwait has sought to mediate the crisis, though its 91-year-old Emir now is hospitalized in the U.S. suffering from an undisclosed ailment.

Amid the crisis, Qatar has had warmer ties with Iran and used its airspace while sharing a vast offshore oil and gas field with Tehran. The small nation is home to the massive Al-Udeid Air Base, home to the forward headquarters of the U.S. military’s Central Command. Oman, which saw its long-serving Sultan die earlier this year, long has had close ties to Iran and has served as an interlocutor between Tehran and the West.

Bahrain, Saudi Arabia and the Emirates long have viewed Iran far more suspiciously, accusing it of stirring up dissent among Shiite populations in the region.