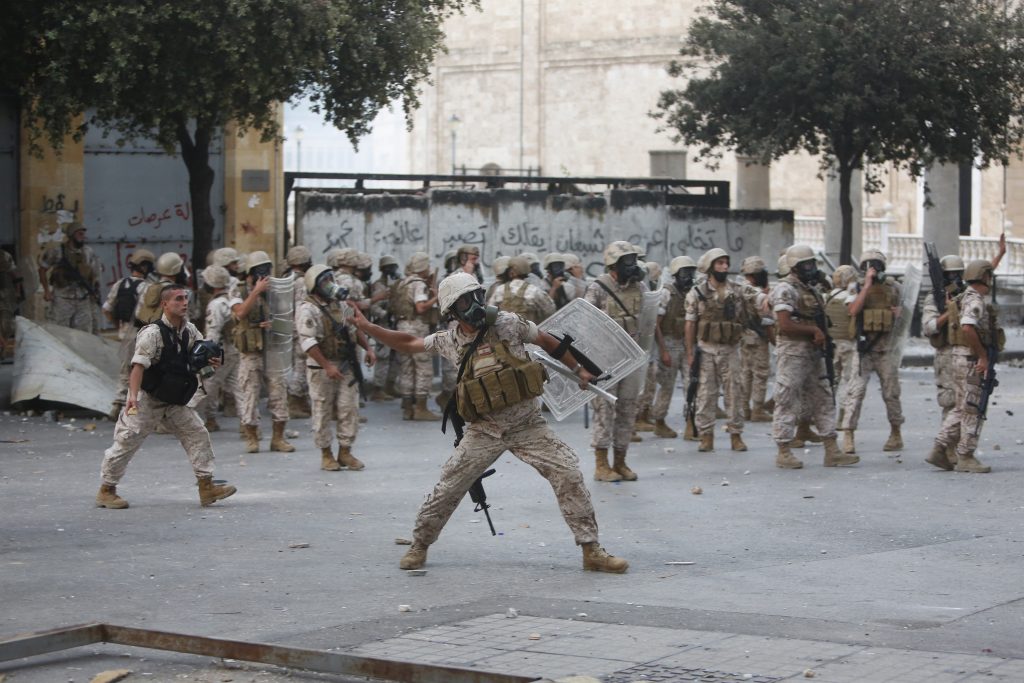 Global leaders including U.S. President Donald Trump will participate in an international aid conference on Sunday to support Lebanon, as the country, crippled by corruption, a banking crisis and growing popular defiance against the authorities, is seeking massive relief after blasts in Beirut.

The video-conference will be co-hosted by French President Emmanuel Macron and the United Nations. Macron said he would make sure any aid goes directly to the Lebanese people and not into “corrupt hands,” during a visit to Beirut on Thursday.

Several allies of Lebanon have offered support since Tuesday’s explosions in the port of Beirut that left over 150 people dead, many missing, more than 5,000 injured and close to 300,000 people homeless as the blast partially destroyed the city. Authorities said the biggest explosions in Beirut’s history caused an estimated $10 billion to $15 billion worth of damage.

Gulf states, European nations and the U.S. have sent mobile clinics, food and medicine to the country. European Council President Charles Michel was in Beirut on Saturday and promised support.

The chief of the Arab League, Ahmed Aboul Gheit, pledged to mobilize regional efforts to provide support. Turkey said it is ready to help rebuild the port, the state-run Anadolu Agency reported, citing Turkish Vice President Fuat Oktay during a visit to Lebanon on Saturday.

The country, which is almost entirely reliant on imports of fuel, food and material, may use Turkey’s Port of Mersin, on the Mediterranean, until the Port of Beirut is rebuilt and Ankara is ready to also help reconstruct the buildings nearby and send medical assistance and food aid, the agency said on Twitter.

Promises of relief come as the leader of Lebanon’s Hezbollah rejected rumors that the militant group had stashed weapons at Beirut’s port before this week’s devastating explosions. Officials have blamed the accident on a vast store of 2,750 tons of ammonium nitrate, unloaded from a ship in 2014 and kept at the port despite repeated safety warnings.

“We don’t have anything at the port, not weapons, missiles or ammunition or nitrate or anything else at all. Not now, not in the past or the future,” Hassan Nasrallah said in a televised speech.

To protest the current government supported by Hezbollah, the Kataeb party — a Christian group that opposes the ruling majority — announced the resignation of its members from the parliament on Saturday, Lebanon-based MTV channel said on Twitter. The general secretary of the party, Nizar Najarian, was killed in the explosion. He was chairing a meeting for the party at its headquarters near the site of the blast. Marwan Hamade, from the party of Druze leader Walid Jumblatt, and independent lawmaker Paula Yacoubian also announced their resignations.

Lebanon has arrested 20 people, including port and customs officials, and placed everyone who had an official role at the port since 2014 under house arrest. A team of French explosive experts arrived in Beirut Thursday to help with the investigation that’s being led by the Lebanese army and police intelligence.

The explosion came as Lebanon is reeling under its worst financial meltdown in decades and the government’s inability to implement reforms and tackle corruption as demanded by the international community.

The administration is in talks with the International Monetary Fund for a $10 billion loan program, but those negotiations had stalled over internal disputes.