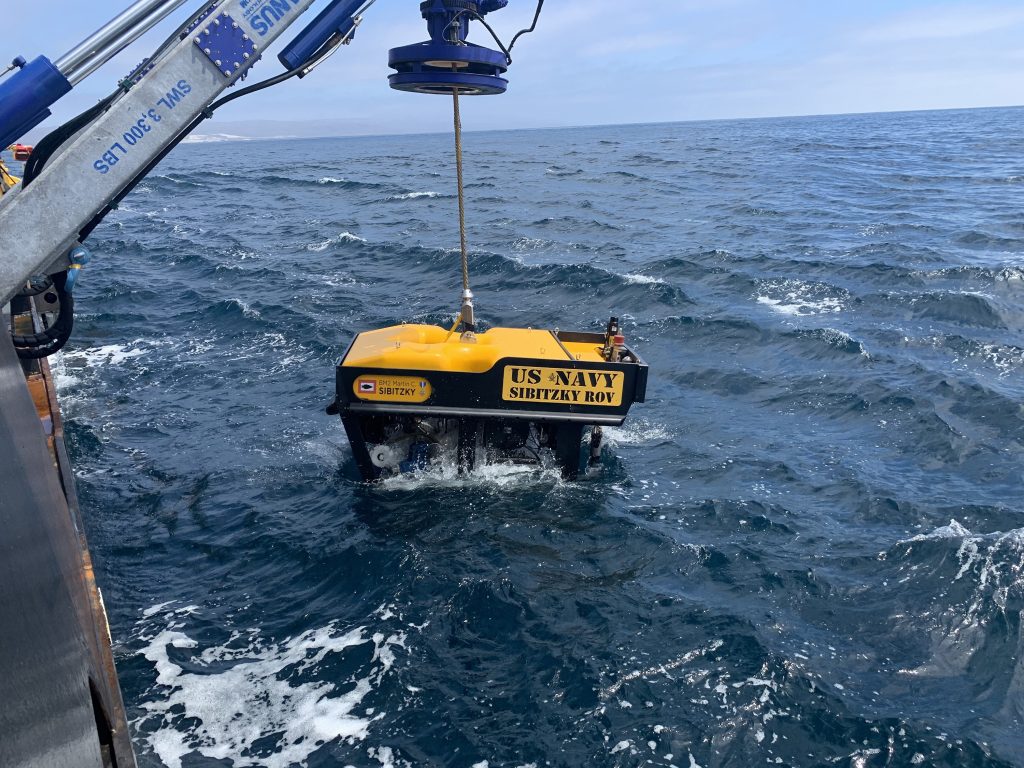 The remains of seven Marines and a sailor lost when their amphibious vehicle sank near San Clemente Island have been recovered and will be transported to Dover Air Force Base in Delaware for preparation for burial, the Marines said late Friday.

The sunken Assault Amphibious Vehicle was also recovered from the sea floor. The sunken vehicle was found Monday in 385 feet of water.

Nine service members died in the accident — one was recovered at the time of the sinking while the others went down with the vessel.

The Marines and sailors of Battalion Landing Team 1/4, based at Camp Pendleton, were training with the 15th Marine Expeditionary Unit and the Makin Island Amphibious Ready Group near San Clemente Island on July 30. Their assault amphibious vehicle began taking on water on its way back to the amphibious transport dock Somerset around 5:45 p.m., according to the Marine Corps.

There were 16 service members on the vessel went it sank. Five were rescued and returned to the Somerset, two were hospitalized and one, Lance Cpl. Guillermo Perez, 20, was pronounced dead at the scene. A two-day search followed for the eight missing men. On Sunday, the search was halted and they were presumed dead.

The Marines and sailor lost ranged in age from 18 to 23 and include a new father, a sailor who was soon to be married and two Marines who were 18.

On Monday, the Navy’s Undersea Rescue Command found the 26-ton vehicle about 1,500 meters off the coast of San Clemente Island. Inside the craft, via cameras on the remote-operated submarine Sibitzky, officials found human remains.

An investigation is under way to determine the cause of the sinking; the Marine Corps has suspended all waterborne operations of AAVs until it is complete.

The Marine AAV is an older platform, first deployed in 1972 and updated in the years since.