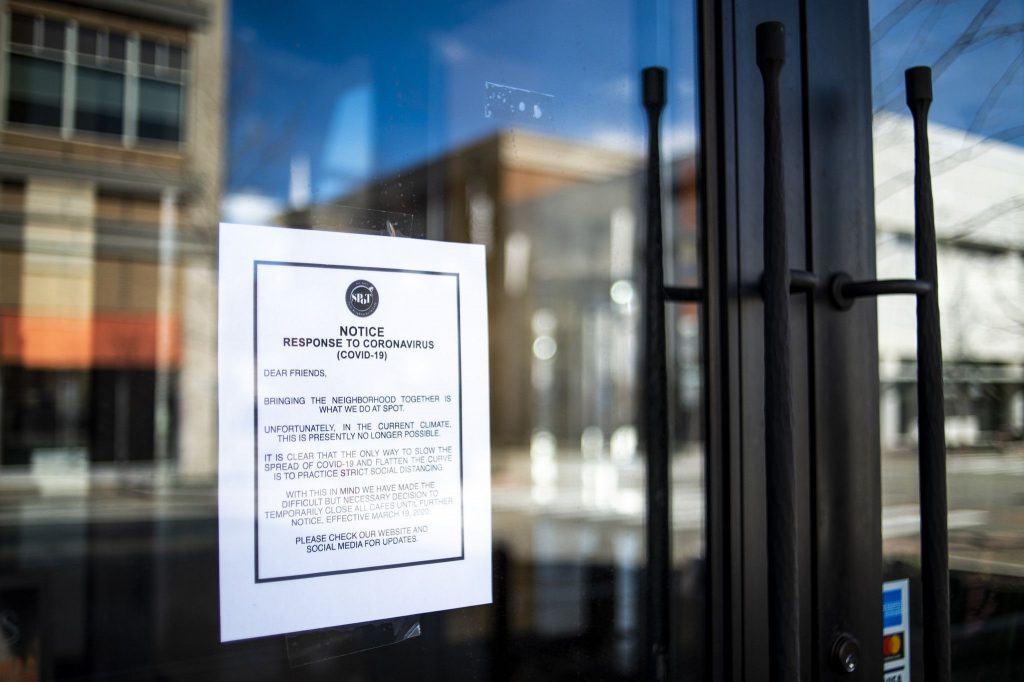 U.S. applications for unemployment benefits fell more than expected last week to the lowest since the pandemic started, in a broad decline across nearly all states, suggesting the labor market is improving.

Continuing claims — the total number of Americans claiming ongoing unemployment benefits in those programs — decreased by 844,000 to 16.1 million in the week ended July 25, compared with a median projection of 16.9 million.

The drop in those applying for jobless benefits was the largest in almost two months, a welcome improvement after weeks of plateauing at elevated levels. With claims still exceeding a million on a weekly basis, the job market has a long road to fully recovering.

“Today’s numbers were a very welcome development as it shows that the improvement in the overall job market seems to be back on track,” said Russell Price, senior economist at Ameriprise Financial Inc.

Lawmakers are still working toward a stimulus package that would once again bolster the size of millions of Americans’ unemployment checks, but in the meantime, the extra $600 that has helped keep incomes and spending afloat in recent months has expired.

Data out Wednesday from the ADP Research Institute showed hiring at U.S. companies remained positive in July, but the pace of job growth slowed sharply, with some industries, like financial activities, even seeing small declines. The monthly jobs report on Friday is expected to show a similar picture, with the median estimate calling for a 1.5 million monthly increase in nonfarm payrolls after a 4.8 million surge in June.

Despite the improvement in claims, the picture could deteriorate in the coming weeks and months as businesses exhaust funds from the Paycheck Protection Program. One survey showed one-fifth of small companies are planning to dismiss workers or have already done so after using up their PPP loans. Another showed about one in four workers hired back thanks to PPP were told by their employer they may be fired again.

On an unadjusted basis, initial claims decreased to 984,192 nationwide, the first time since mid-March it dropped below 1 million. All states but Rhode Island, which showed little change, posted declines from the prior week. Even in states where coronavirus cases have been elevated, including California, Texas and Florida, applications for benefits fell in the latest week.

“I am almost as skeptical of the latest decline as I was of the previous uptick,” Stephen Stanley, chief economist at Amherst Pierpont Securities, said in a note. “In particular, I wonder if the looming expiration of the $600 weekly bonus somehow affected the count.”

In addition to applications for unemployment benefits in regular state programs, in the week ended Aug. 1, states reported 655,707 initial claims for Pandemic Unemployment Assistance, the lowest since April. That’s the federal program extending unemployment benefits to those not typically eligible like the self-employed.

As the pandemic drags on, more and more people are beginning to claim Pandemic Emergency Unemployment Compensation, the federal program that provides up to 13 additional weeks of jobless benefits to those who have exhausted their regular benefits. While most states offer 26 weeks of benefits, others, such as Florida and North Carolina offer less than half of that. More than 1.1 million people were claiming the aid in the week ended July 18.

The total number of people claiming benefits in all programs increased to 31.3 million in the week ended July 18, though this figure likely reflects an overcount of reported PUA continued claims.