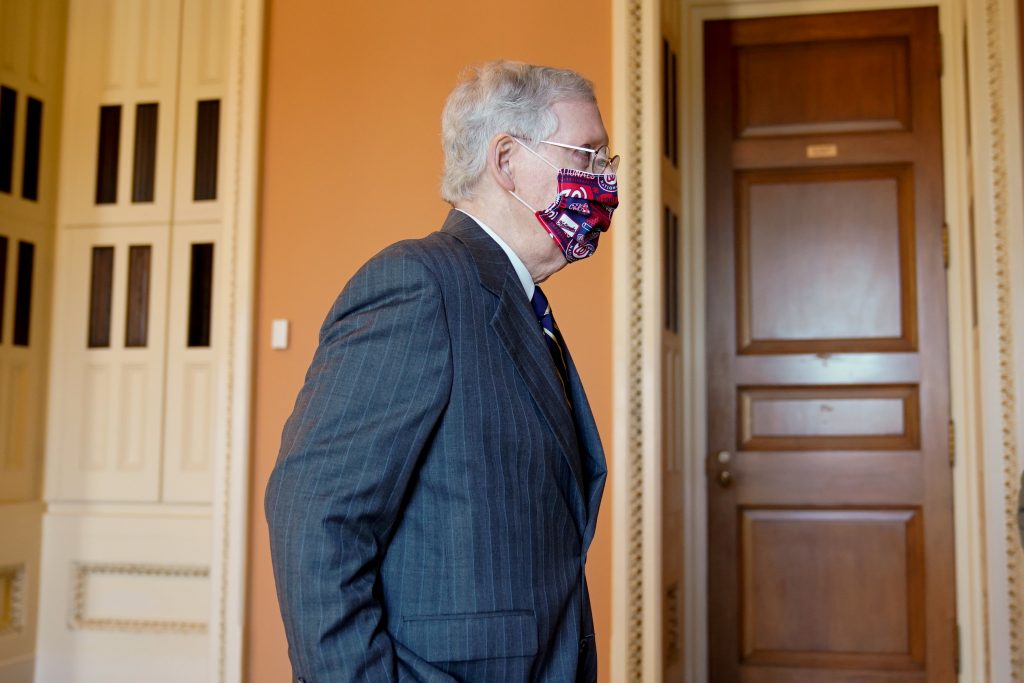 Senate Majority Leader Mitch McConnell won’t be forcing senators to stick around the Capitol until there’s a deal on a coronavirus relief package.

After Thursday’s confirmation vote on the nomination of John Cronan to be a U.S. district judge for the Southern District of New York, senators are expected to leave for the week. The Kentucky Republican said on the floor Thursday that, come Monday, “I will be right here in Washington,” but there won’t be a whole lot going on absent a deal and they “will have 24-hour notice before a vote.”

The Senate’s August recess was scheduled to get underway Friday and last until after Labor Day in early September. McConnell’s comments indicate the Senate will technically be in session but a minimum number of members and staff will be around.

Speaker Nancy Pelosi said at a Thursday news conference with Senate Minority Leader Charles E. Schumer that there was “some progress” but “we’re not there yet.”

White House chief of staff Mark Meadows and Treasury Secretary Steven Mnuchin gave Democratic leaders an ultimatum in their Wednesday meeting: reach a deal in principle on the major issues by Friday or negotiations will be suspended.

McConnell mirrored the message Thursday, saying the chamber would remain in session “unless and until the Democrats demonstrate they will never let an agreement materialize.”

Senate Majority Whip John Thune, R-S.D., told reporters Wednesday that if there’s a deal, he expects lawmakers to “come back next week and deal with it.” But if negotiations drag, senators may go home, “and those who are up for election, for example, would be out on the trail.”

House Majority Leader Steny H. Hoyer last week sent that chamber home and said they would have 24 hours to return if there is a vote.

“I mean, there’s no point in just having people sit in their office waiting for a deal, you know, because it may take two or three or four or five days,” the Maryland Democrat said.