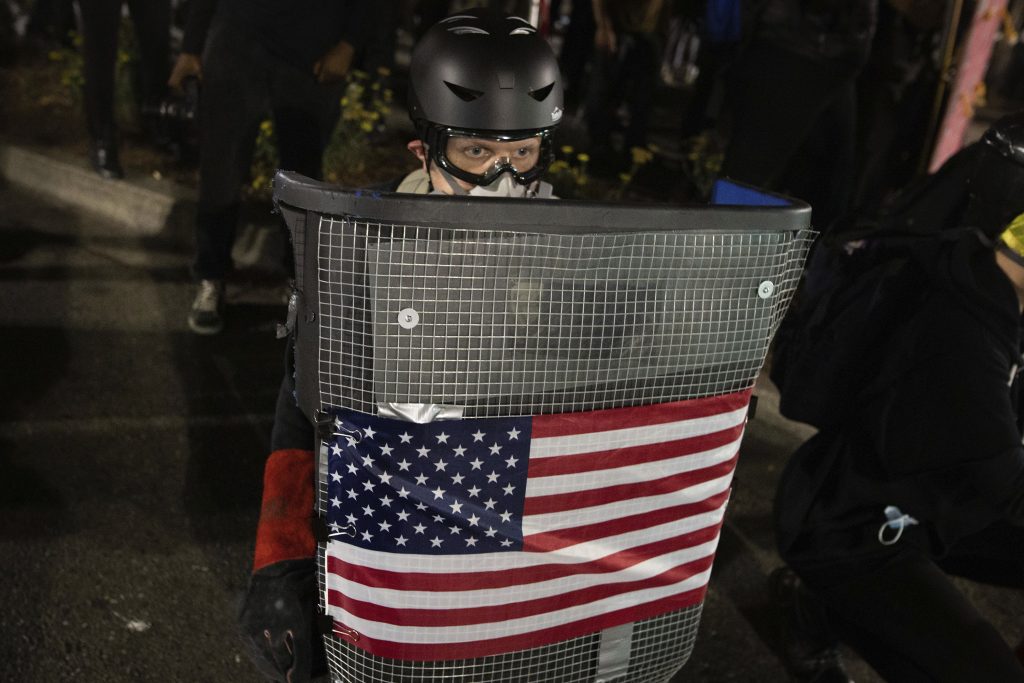 A lawsuit filed in Washington state claims the costs of protective clothing and equipment has impeded the civil rights of Black Lives Matter protesters.

The lawsuit filed by five plaintiffs in U.S. District Court in Seattle alleges their right to peacefully demonstrate is hurt by the need to purchase the gear necessary for protection in the face of police tactics to disperse crowds, The Seattle Times reported Monday.

The plaintiffs claim they were all victims of indiscriminate police violence during protests June 25.

They claim repeated use of force by the Seattle Police Department during more than six weeks of civil unrest over systemic racism and police brutality has made exercising their rights to gather and protest impossible without costly personal protective gear.

Attorney Talitha Hazelton wrote in the lawsuit that the city of Seattle established a “de facto protest tax” by forcing demonstrators to purchase gear to withstand police munitions.

The Seattle City Attorney’s Office will consider the claims and intends to defend the city against the lawsuit, spokesperson Dan Nolte said.