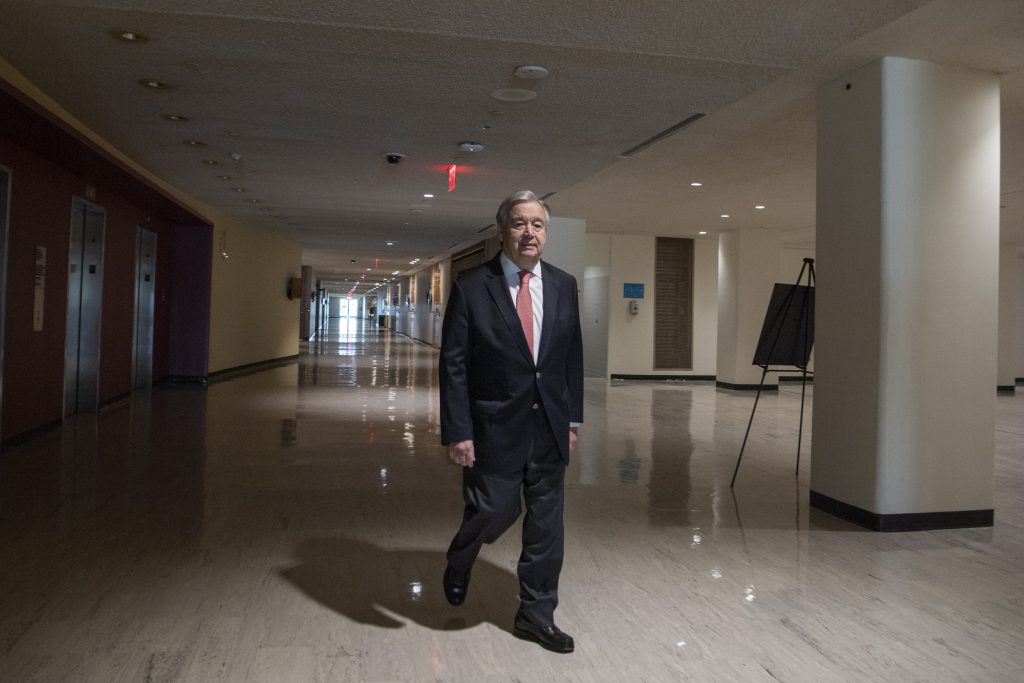 A United Nations Security Council discussion on a proposal to disarm Hezbollah is scheduled for presentation next Tuesday, The Jerusalem Post reported.

U.N. Secretary-General Antonio Guterres’s recommendation to disarm the terrorist organization was drafted before the explosion in Beirut; but the timing will likely give it more chance of support, as Hezbollah is known to store the type of explosive materials that are believed to have accounted for the terrible blast in Beirut, Lebanon, on Tuesday. Investigation of the incident was just beginning, however, and it was not known whether Hezbollah was directly linked to it.

“The maintenance of unauthorized weapons outside state control by Hezbollah and other non-state armed groups represents a persistent violation of resolution 1701 (2006) and is of serious concern,” wrote Guterres in a report that was posted on the U.N. website earlier this week.

“I call upon the Government of Lebanon to take all actions necessary to ensure the full implementation of the relevant provisions of the Taif Accords and of resolutions 1559 (2004) and 1680 (2006), which require the disarmament of all armed groups in Lebanon so that there will be no weapons or authority in Lebanon other than those of the Lebanese state,” Guterres said.

This is one of three reports that Guterres submits annually to the UNSC on UNIFIL. This one comes in advance of the anticipated annual vote, on August 28, to renew the mandate of the United Nations Interim Force in Lebanon.