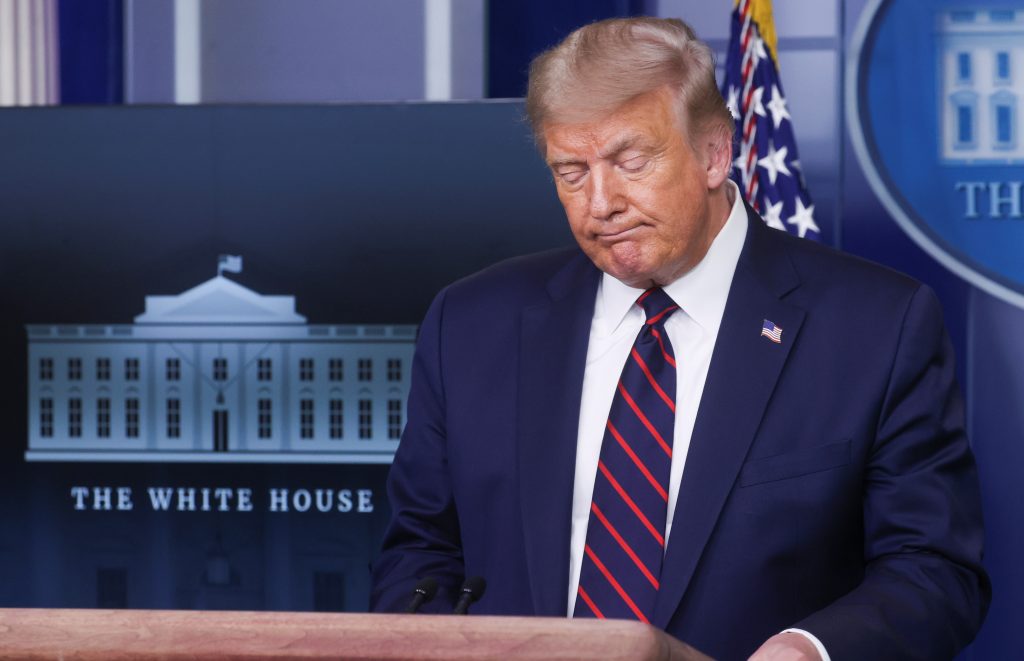 President Donald Trump said on Wednesday he will probably give his Republican presidential nomination speech live from the White House, although the plans have not been confirmed yet.

Trump cited the security costs of his travel and a convention speech and said holding it at the White House “would be by far the least expensive from the country’s standpoint.”

“I’ll probably do mine live from the White House.”

He said that plan was not firm because somebody had difficulty with it, but did not elaborate.

The coronavirus outbreak in the United States, where deaths have been averaging more than 1,000 a day in recent weeks, has thrown several wrenches into the Republican Party’s plans for its nominating convention, initially set for Charlotte, North Carolina, from Aug. 24-27.

Trump moved part of the convention from North Carolina to Florida because of restrictions on gatherings due to the virus, after North Carolina’s governor refused to guarantee Trump could hold a large event in the state.

A subsequent surge in cases in Florida led some Republicans to pull out of that event, and Trump last month canceled plans to hold part of the convention in Jacksonville, citing health safety concerns.

Trump said one night of the convention, a “nomination night,” will be in Charlotte and that the media would be invited, contrary to recent reports that it might be closed to reporters.

The president, who thrives on the large crowds he has drawn during his campaigns and rallies, has bemoaned having to drastically scale back the convention, which typically draws thousands of the party faithful.

Despite the flare-ups in U.S. coronavirus infections and deaths that pose a threat to his re-election as he faces Democrat Joe Biden on Nov. 3, Trump criticized North Carolina’s Democratic governor for his efforts to contain the virus.

“But that state – the governor’s just locked [it] down. I don’t know what he’s doing. They just locked North Carolina down,” he told Fox.

Trump said the convention would be virtual and include some live speeches from different locations, with his being on Thursday night, the last day of the Aug. 24-27 gathering.