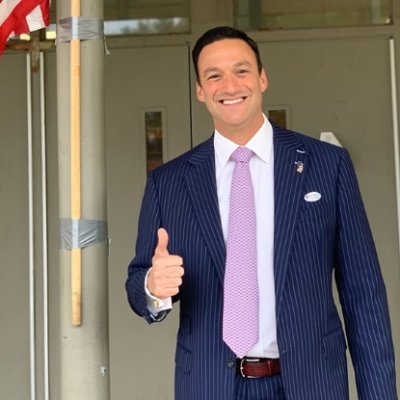 The seven-justice court heard oral arguments over more than two hours via video conference, with the jurists peppering both the Republican plaintiffs and the state government respondents with skeptical-sounding questions.

The case hinged on questions raised by the state Republican Party, which brought the lawsuit, arguing that the state constitution doesn’t sanction the kind of borrowing the new law authorizes to meet general operations expenses in the state budget.

Democratic Gov. Phil Murphy’s administration defended the law and grounded its case in part of the constitution that carves out exceptions for bonding in emergency cases.

In one back-and-forth with Justice Barry Albin, Testa said the proceeds from debt would not count as revenue for the state budget. That is significant because the constitution says spending can’t exceed revenue, he argued, and lawmakers and the governor must instead look to cutting services or raising taxes.

Testa conceded the virus outbreak could be considered an emergency, which is one of the conditions in the constitution for borrowing.

“You can raise the money but you can’t spend it? Is that where we’re at?” Albin asked.

Testa responded that he couldn’t fathom that nearly $10 billion in debt would qualify as revenue.

Justice Lee Solomon at one point suggested another route for the governor and Legislature to go to incur debt: put it to the voters in the form of a ballot question.

Jean Reilly, an attorney in the Office of the Attorney General, argued for the administration. She made the case that the outbreak was in fact an emergency, but was repeatedly asked to define for the justices where that line was.

For example, was Superstorm Sandy or the 2008 recession in the same category, asked Justice Anne Patterson?

“I have not heard an argument that would not apply to Sandy,” Patterson said.

Reilly said clearly the coronavirus qualified as an emergency, but she added: “(I’m) not sure I can draw the bright line.”

The legislation originated in the Democrat-led Legislature after Murphy said the state’s finances took a major hit because of the virus. He has estimated that tax revenue through June 2021 will be down about $10 billion.

Murphy and the lawmakers have not specified how the borrowed money would be spent. The legislation sets up a four-person legislative committee to vet the funds, but the justices pointed out Wednesday that the law gives them no parameters.

Testa criticized the committee, calling it a “cabal” and suggested the money raised through bonds could be spent on things unrelated to COVID-19.

Reilly argued that to fail to borrow could mean imposing “devastating cuts” on state services that could then lead to poverty.

No ruling was issued Wednesday by the court.