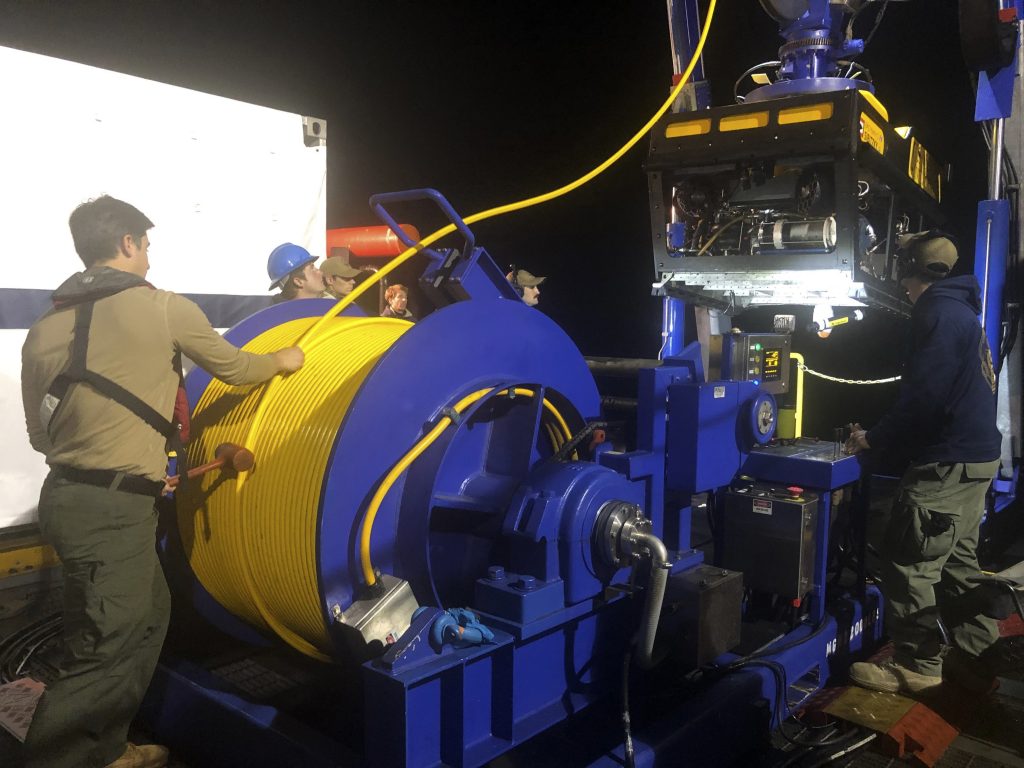 The Navy has located a seafaring tank that sank off the Southern California coast last week and was working to recover human remains, officials said Tuesday.

The Navy planned to place equipment near the amphibious assault vehicle that is under 385 feet of water by the end of the week to begin the recovery of the remains. After that process is complete, it will raise the amphibious vehicle.

Seven Marines and one Navy sailor were missing after the 26-ton landing craft sank Thursday. Another Marine was pronounced dead at the scene and seven others were rescued. Two remain hospitalized with injuries. The military ended rescue efforts on Sunday.

The troops had completed routine training and were heading back to a Navy ship when the craft sank less than a mile from San Clemente Island off the coast of San Diego.

President Donald Trump expressed his condolences in a tweet Tuesday: “I am deeply saddened by the tragic loss of eight Marines and one Sailor during a training exercise off the coast of California. Our prayers are with their families. I thank them for the brave service their loved ones gave to our Nation. #SemperFidelis.”

The commandant of the Marine Corps has suspended all waterborne operations of its more than 800 amphibious assault vehicles until the cause of the accident is determined.

All of the Marines aboard were attached to the 15th Marine Expeditionary Unit, based at nearby Camp Pendleton, north of San Diego.

The vehicle, nicknamed an “amtrac” — short for amphibious tractor — was designed to be buoyant and had three water-tight hatches and two large troop hatches. The Marines use the vehicles to transport troops and equipment from Navy ships to land.

The vehicles have been used since 1972 and continually refurbished. The accident was one of the deadliest involving such a vehicle.