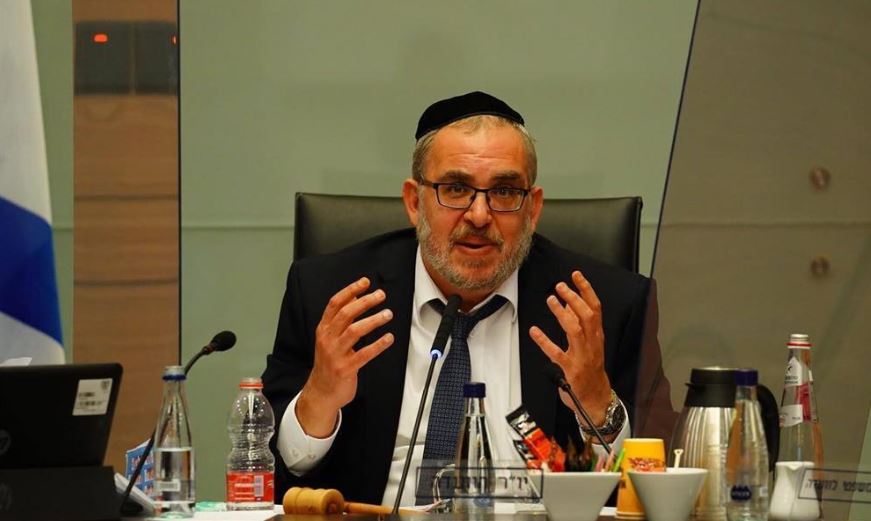 A meeting was held at the Constitution, Law and Justice Committee in the Knesset on Wednesday concerning “discrimination against shuls with stricter restrictions while distorting the infection data in them.”

“The State of Israel is a Jewish and democratic state. For some reason, when it came to the restrictions, they passed over the Jewish part and are only particular about the democratic part,” he said, referring to the allowance to demonstrate without any limit on numbers of participants.

“For Jews who go to daven in shul this is an important part of their lives and we need to open the shuls,” he said, adding that he was only requesting for those shuls that would comply with the restrictions.

MK Rabbi Chassid stressed that he was not asking for large weddings and bar mitzvos to be allowed, just tefillah.

MK Rabbi Moshe Abutbul (Shas) said that if 100 people are allowed to attend a concert at a hall, then 100 people can listen to a chazzan at a shul.

“We do not want to get into a situation where the public does justice to itself even without asking the authorities,” said Rabbi Abutbul, stressing that shuls should be opened with a Purple Ribbon system, similar to businesses.

Ashkenazic Chief Rabbi, Rabbi David Lau, participated in the meeting via Zoom. The Rabbi said that he sees no logic in placing the same restrictions on larger shuls that can hold hundreds of mispallelim as on smaller shuls.

“There is no place in Israel where the guidelines are kept like they are in the vast majority of shuls. Ten people in the men’s section, and when there is an eleventh, he goes up to the ezras nashim. They keep the guidelines.

“We are now nearing Rosh Hashanah and Yom Kippur, when many people come to shuls, and we must do everything so that they will continue to come. I agree we need to enforce the restrictions, but please make user-friendly conditions and implement them.”

At the start of the meeting, Constitution Committee Chairman MK Rabbi Yaakov Asher (UTJ) said, “A lot of things are difficult for us, but there are two things that are crucial for the chareidi community more than anything else, and that is tefillos in shuls and the yeshivos. We need to find a solution for this.”

Health Minister Yuli Edelstein (Likud), who participated in the meeting, said that the ministry is trying to create uniform criteria, but said that the infection rates in the chareidi community are relatively high.

“In closed spaces, it’s clear that the danger is higher – both in shuls and in restaurants. Most of the chareidi public keeps the guidelines, and still 50% of the infection rate in Israel is among the chareidi and Arabs communities. This is a failure on the part of the State, not the chareidi public,” he added.

“If there were 100% compliance with the guidelines, we would not have such an infection rate right now. Since compliance varies from place to place, there is a difficulty in setting uniform guidelines for everyone.”

Responding to Edelstein’s words, Rabbi Asher said that “it would be correct for the Health Ministry to base itself on the number of households and not the number of patients when it comes to the chareidi community. That would be a more accurate measurement of the number of cases.”