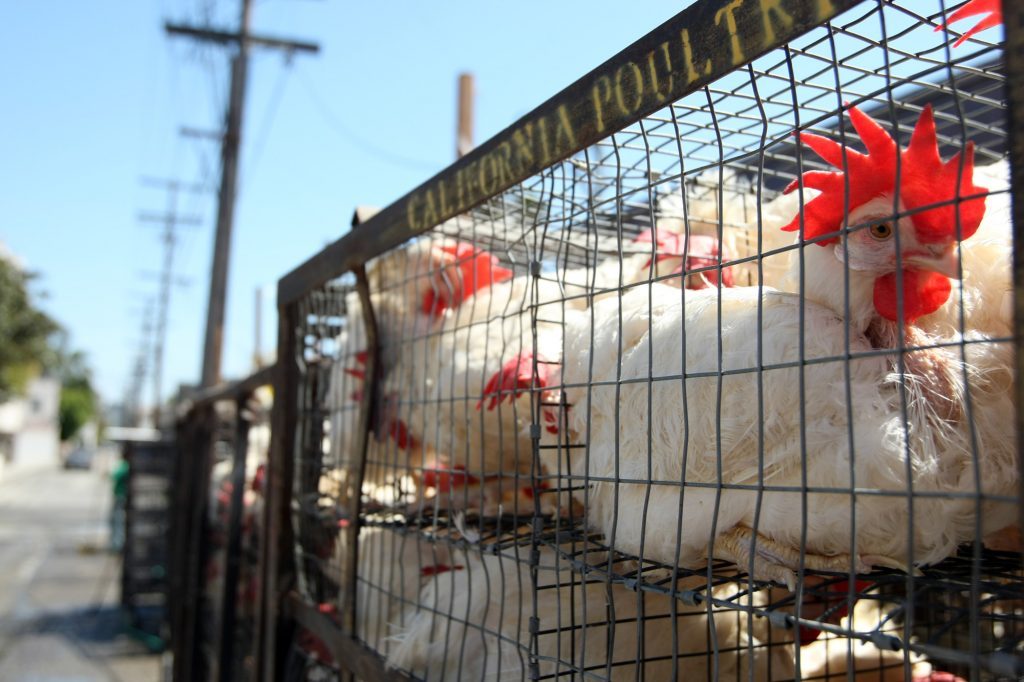 The novel coronavirus pandemic has been co-opted by many causes since it began. One recently added to the list is the year’s long battle that a group of militant “animal liberation” activists has fought to stop the performance of kapparos.

Citing what the group presents as additional risk of viral spread at areas where live chickens are handled directly by customers, the Alliance to End Chickens as Kapparos is urging New York State courts to reconsider their case.

The same group initially brought suit against over 20 Jewish agencies that facilitate kapparos in 2015. After that motion was struck down by a lower court, the Alliance sued several New York City agencies, claiming they are failing to enforce certain health and animal protection codes by allowing kapparos to be performed in New York City. Repeated attempts to stop the practice through temporary injunctions were denied by judges.

In 2018 the case was thrown out by New York’s highest court, which ruled that plaintiffs lacked standing and that the city’s allowance of the practice was within the bounds of reasonable digression given to law enforcement agencies.

Agudath Israel of America in a statement called it “unfortunate” that the opponents of the practice are continuing their legal fight against kapparos.

“They now want to use the current health crisis to resurrect their case and further their agenda. We are hopeful that their latest motion will also be dismissed by the court as spurious, as were the previous motions.”

The present motion re-advances the same claims that anti-kapparos activists have unsuccessfully argued in the past, but adds that their arguments should be reconsidered in light of the role they claim it could play in spreading the pandemic.

“It is shocking, in light of the global pandemic that has turned life as we know it upside down, that the City of New York and its agencies have not stepped up to the plate to do its part to proactively prevent any activity that could potentially be a catalyst for another pandemic. We simply can no longer ignore the connection between live animal wet markets and human disease,” Nora Constance Marino, an animal-rights activist and attorney who has represented the Alliance in their attempts to stop the performance of kapparos for several years, told Hamodia.

Legal threats to kapparos have been advanced several times in California as well. So far, all suits and other actions have been rejected by the courts, but new cases against individual Jewish institutions are ongoing in that state.

The Alliance, which has advanced legal claims and organizes yearly protests against kapparos, is associated with the Virginia-based United Poultry Concerns (UPC). Despite failing to win any court victories so far, claims continue to be pursued by several individual attorneys who focus on animal rights — presumably on a pro-bono basis. Kapparos operators and Jewish community activists have commented that UPC’s legal moves seem primarily focused on creating a bothersome disincentive for those who operate kapparos centers.

Stephanie Taub, Senior Counsel at First Liberty Institute, which has defended kapparos in legal battles on both coasts, urged courts to reject the new filing.

“Once again, activists are attempting to use the justice system to threaten Orthodox Jewish synagogues and their rabbis over a religious tradition that has survived since at least the seventh century,” she told Hamodia. “The highest court in New York has already rejected these activists’ claims. This court should again reject this attempt to pressure Orthodox Jewish congregations to change their religious beliefs and kosher practices.”

Renewed virus-related threats to kapparos are not limited to the recent lawsuit.

Citing the likely origin of the pandemic to a live-animal market in Wuhan, China, legislators in New York’s state government have advanced legislation to ban such establishments from operating.

While focused on year-round “wet markets,” in absence of a dispensation for religious practices, the bill could likely be a legal stumbling block to kapparos as well.

Assemblyman Simcha Eichenstein said that attempts by legislators to conflate the two issues are misguided.

“Kapparos is a religious ritual protected under the First Amendment. Any attempt to infringe on that right is blatantly unconstitutional,” he said. “Critics try to draw an equivalency between the religious practice of kapparos and the ‘wet markets’ that exist in certain parts of the world, but it seems apparent that what draws this scrutiny is the fact that kapparos are in open sight versus factory farming, which takes place behind closed doors. Yet, the fact remains that kosher slaughter is much more humane than factory slaughter.”