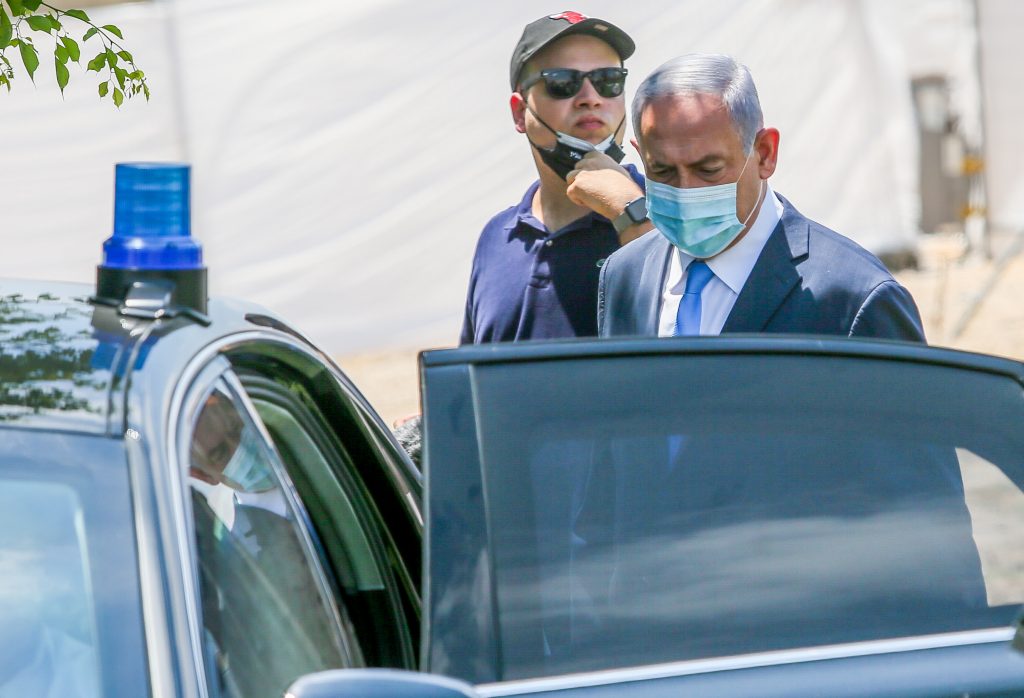 A goodwill visit to the coronavirus front by Prime Minister Binyamin Netanyahu flared into a row over incitement as opposition critics accused him of ignoring calls to violence, which the PM denied.

PM Netanyahu had just been to an IDF Home Command base and was leaving a nearby steak shop in Ramle on Tuesday after inquiring if the business had received the government check to help it through the coronavirus crisis. As he turned to go, supporters in the street shouted out “Bibi, death to all leftists! Bibi, death to the left!”

Netanyahu did not respond, and continued on his way.

Sources close to Netanyahu told Ynet that the prime minister was out of earshot and did not hear what was said.

In a sarcastic comment, opposition leader MK Yair Lapid tweeted “I believe the prime minister didn’t hear, he is detached,” a reference to Lapid’s theme that the government is out of touch with the public.

Netanyahu later tweeted a response, writing, “I am happy that the left has suddenly grown ears.”

“For me, it is constant: I condemn incitement and violence from all sides. Not outside my home in the demonstrations of the left and not in the street.”

Netanyahu also called on Lapid and Joint List party head Ayman Odeh to condemn threats on his life during recent anti-government protests outside the Prime Minister’s Residence in Yerushalayim.

Lapid rejoined: “Netanyahu has again accused me of encouraging protesters. That’s not an accusation, it’s a compliment. Yes, I support them. Besides, Israel’s greatest inciter and hatemonger shouldn’t reproach us.”

Meanwhile, police said the person behind an online call for Netanyahu’s murder is an Israeli woman who lives abroad. It was not immediately known what action, if any, the police will take.