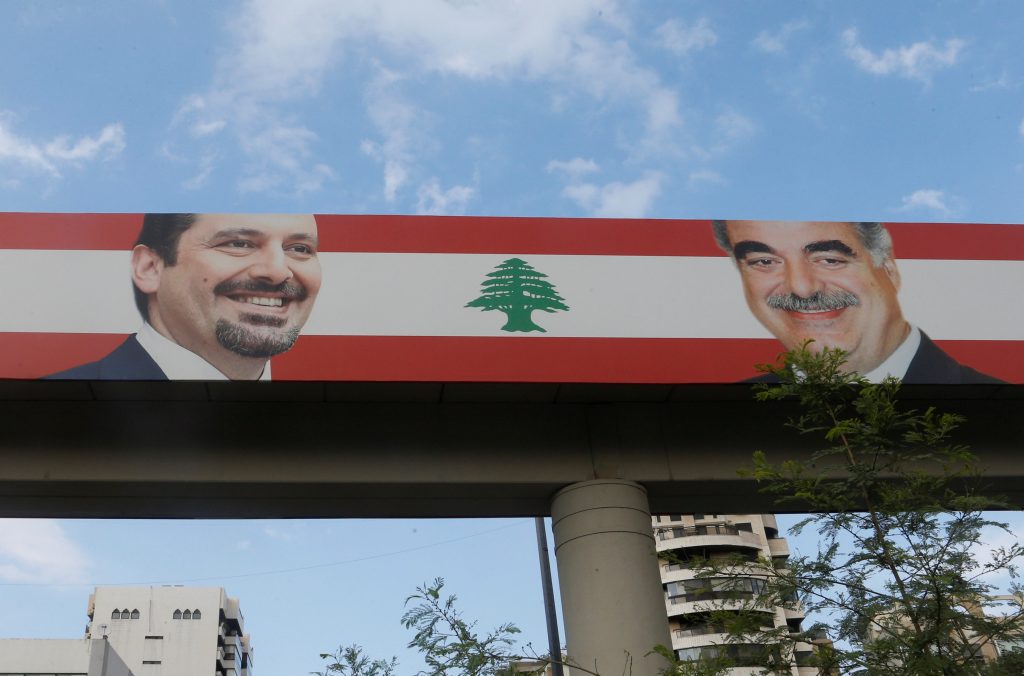 The defendants, members of the powerful Iran-backed terrorist group, have been tried in absentia on charges of planning and arranging the 2005 bombing which killed the former prime minister who spearheaded Lebanon’s reconstruction after its long civil war.

Hariri’s assassination prompted mass protests in Beirut and a wave of international pressure which forced Syria to end its 29-year military presence in Lebanon after the U.N. investigator linked it with the bombing.

The assassination also inflamed political and sectarian tensions inside Lebanon and across the Middle East, particularly when investigators started probing potential Hezbollah links to the death of a politician who was backed by the West as well as Sunni Gulf Arab states opposed to Tehran.

Hezbollah, which is both a political party in Lebanon’s government and a heavily armed terror group, denies any role in Hariri’s killing and dismisses the Netherlands-based tribunal as politicized.

Few expect the defendants to be handed over if convicted, but any guilty verdicts could deepen rifts unresolved since the 1975-1990 civil war, in a country already reeling from the worst economic crisis in decades and a deepening COVID-19 outbreak.

Hariri’s supporters, including his son Saad who subsequently also served as prime minister, say they are not seeking revenge or confrontation, but that the court verdict must be respected.

“We … look forward to August 7 being a day of truth and justice for Lebanon and a day of punishment for the criminals,” Saad Hariri said last week.

Hariri stepped down as prime minister in October after failing to address demands of protesters demonstrating against years of corruption by a ruling elite which has driven Lebanon to its current financial crisis.

His successor, Hassan Diab, backed by Hezbollah and its allies, says the country must avoid further turmoil over the tribunal verdicts. “Confronting strife is a priority,” Diab tweeted last week.

In the Feb. 14, 2005 bombing, a truck laden with 3,000 kg of high-grade explosives blew up as Rafik Hariri’s motorcade passed Beirut’s waterfront Saint Georges Hotel, killing him and 21 other people and leaving a huge crater in the road.

Prosecutors said data culled from telephone networks showed that the defendants called each other from dozens of mobile phones to monitor Hariri in the months before the attack and to coordinate their movements on the day itself.

The men have not been seen in public for years.

Hezbollah has often questioned the tribunal’s integrity and neutrality, saying its work had been tainted by false witnesses and reliance on telephone records that Israeli spies arrested in Lebanon could have manipulated.

“It is Hezbollah’s right to have doubts about the court, which transformed into political score-settling far from the truth,” said Salem Zahran, an analyst with links to Hezbollah leaders. Any verdict “has no value” to the group, he said.

Nabil Boumonsef, deputy editor-in-chief of Lebanon’s An-Nahar newspaper, said neither Saad Hariri nor Hezbollah chief Sayyed Hassan Nasrallah wanted to escalate tensions. But he expected Hariri to call for the defendants to be handed over if found guilty – which would leave Hezbollah on the defensive politically despite its military strength. If the group refused to surrender them it could put the government, which it helped put together, in difficulty.

As it tries to tackle the deep economic crisis, a guilty verdict could also jeopardize Lebanon’s efforts, which have been supported by France, to win international aid.

“France … will have to take a position on Hezbollah after the verdict comes out on Aug. 7,” Boumonsef said.

Germany and Britain have designated Hezbollah a terrorist organization.

France hosted a donor meeting in Paris in 2018 when Beirut won more than $11 billion in pledges for infrastructure investment. Foreign Minister Jean-Yves Le Drian told Lebanese leaders in Beirut last month that Paris was ready to mobilize international support if Lebanon moved ahead with reform.