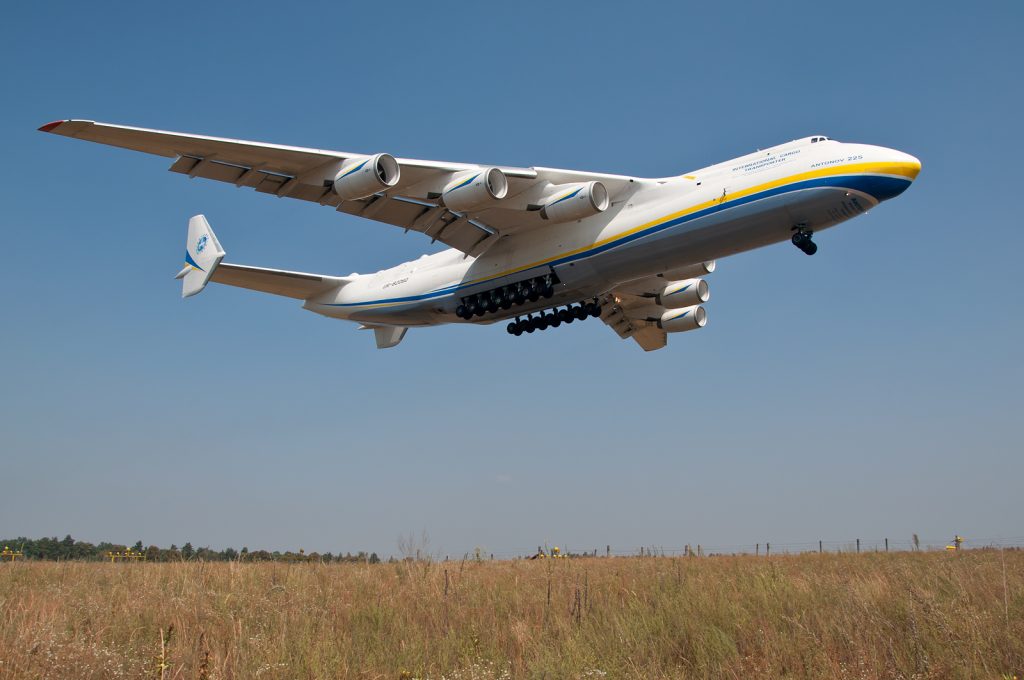 The world’s largest plane landed at Ben Gurion Airport on Monday afternoon carrying trucks to be equipped with Iron Dome components for the U.S. Army.

The Antonov An-225, a Russian-made cargo plane, is notable for its 30 wheels, six engines and a wingspan of 290 feet, almost the length of a football field. The aircraft has a range of 9,570 miles when empty and 2,800 miles when fully loaded.

Hundreds of aviation enthusiasts gathered near the airport to view the rare sight of the giant plane lumber in for a landing.

The craft, which was built in the 1980s in Soviet Ukraine and is the only one of its kind in existence, arrived from the U.S., carrying U.S. military Oshkosh trucks that will transport the Iron Dome parts to America.

It was reported in February 2018 that the Army had asked Congress for $373 million to buy two batteries off-the-shelf from the Israeli defense manufacturer Rafael, which included 12 launchers, two sensors, two battlement management centers and 240 interceptors. Delivery was scheduled for 2020.

The Iron Dome system will fill a gap in U.S. missile defense. The American THAAD anti-ballistic missile-defense system is designed to intercept and destroy short-, medium- and intermediate-range ballistic missiles, but the Israeli interceptor will provide a short-range solution.