National USDA Tested Those Mysterious Seeds From China. Guess What it Found?
National 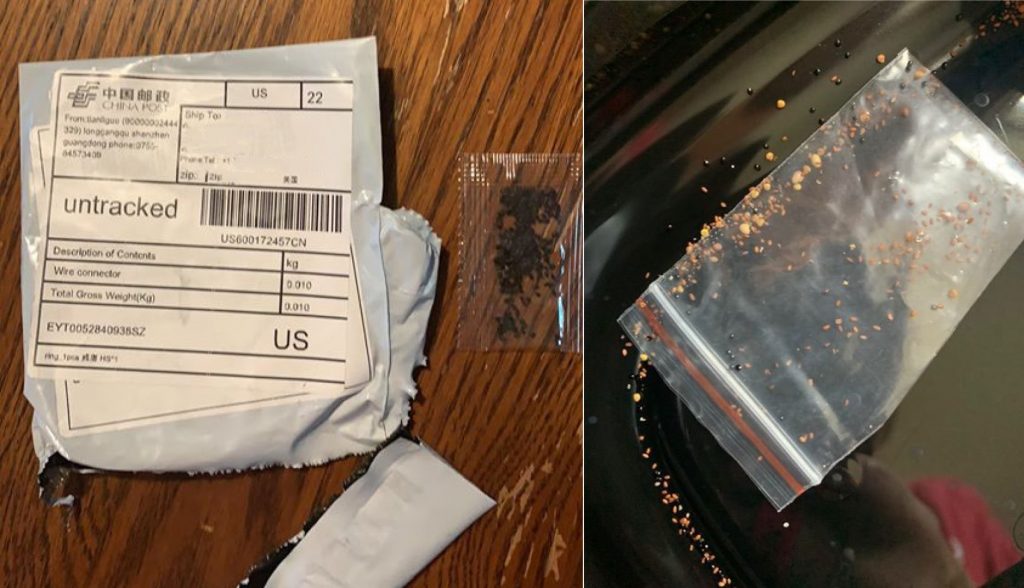 They didn’t crack open and spew toxic gas. They didn’t grow into flesh-eating Venus flytraps. And beanstalks didn’t shoot into the sky.

Those mysterious seeds that thousands of people across Florida and elsewhere found in their mailboxes in packages marked with Chinese characters were tested last week by the United States Department of Agriculture.

Despite rumors that they could be agents of bioterrorism, it turns out they’re, well, run-of-the-mill seeds.

Testing continues on thousands of samples turned in by recipients, but so far, the USDA hasn’t found evidence indicating that the deliveries were anything other than a scam by online retailers to pump up their e-commerce seller ratings.

In the so-called “brushing scam,” online merchants send unsolicited packages of inexpensive goods to homes that are then logged by the merchants as verified customers. The scheme makes the sellers look more successful than they actually are.

The USDA is still warning residents not to plant the seeds because some might be invasive or carry seed-borne viruses or other diseases. Recipients should avoid opening the packages but hold onto them and contact their state agriculture regulators for collection and testing.

Alarm over the seeds spread across the nation in recent weeks, prompting warnings from the USDA and state agriculture officials.

In Florida, the state’s Department of Agriculture and Consumer Services said it received at least 1,209 reports from residents who said they found unsolicited packages in their mailboxes. Some of the packages were imprinted with Chinese characters and the words “China Post.” Some packages were labeled as jewelry.

Objects other than seeds, including spoons and forks, were inside some of the unsolicited packages, state officials said in a news release.

Unopened packages and packages containing objects other than seeds should be reported immediately to the USDA Anti-Smuggling hotline at 1-800-877-3835 or by email at SITC.mail@aphis.usda.gov.

Opened packages containing seeds should be reported to the state’s Division of Plant Industry by emailing FDACS.gov/SeedByMail. Recipients will be given the option of bringing the package to their local extension agent’s office or scheduling a pickup by a state agriculture department inspector.