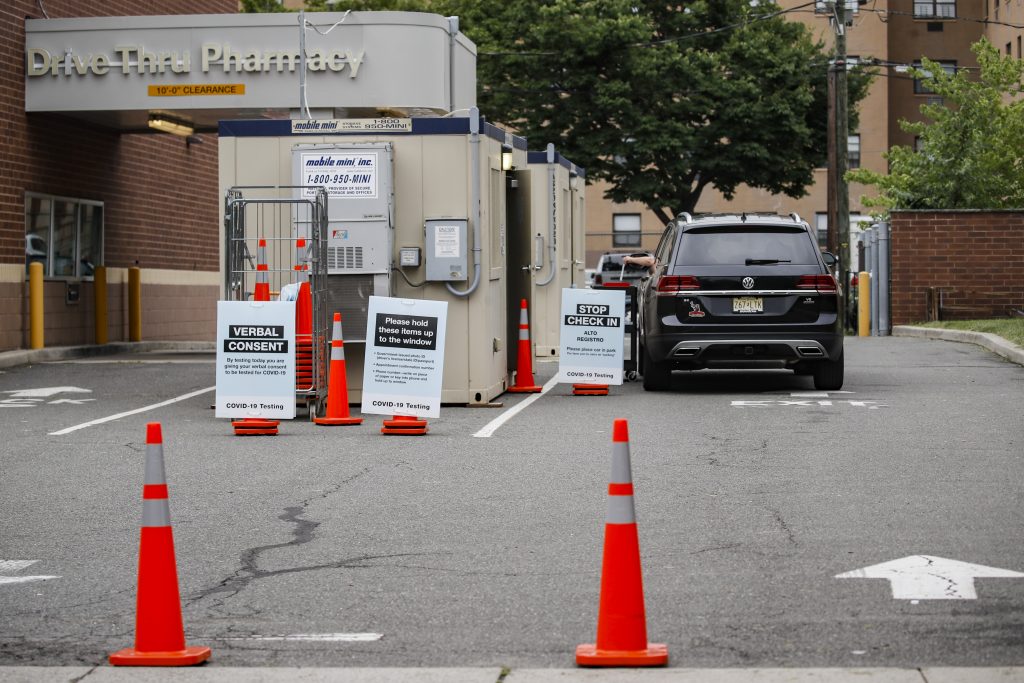 New Jersey Democratic Gov. Phil Murphy said Monday he’s reducing the limit on indoor gatherings to 25% percent capacity, with a cap of 25 people down from 100.

Too many indoor house parties have led to trends creeping in the wrong direction, Murphy said during a news conference.

“The actions of a few knuckleheads leave us no choice,” he said.

However weddings, funerals, memorial services, and religious and political activities protected under the First Amendment may continue under the current rules – limited to 25% of a room’s capacity, but with a maximum of 100 persons.

The rate of transmission, which indicates the number of people an infected person spreads the virus to, has climbed from 0.87 a month ago to 1.48 on Monday.

The governor also said that face coverings will be required at all times for all students in the coming school year. That’s a change from before, when the state Education Department was strongly recommending face coverings for students.

The development comes as records obtained by The Associated Press show the state’s expenses to respond the coronavirus crisis have nearly tripled since May, climbing from $197 million to $573 million.

The 204-page spreadsheet obtained through the state’s public records law shows $573 million in expenses through July 19. As in May, the lion’s share of costs stems from the state’s Law and Public Safety Department, which houses the state police.

But the latest document shows the state Agriculture Department accounting for the next biggest share of expenditures, mostly for school meals that appear to be part of a federal program.

A message seeking an explanation was left Monday with the governor’s office.

The charges are for as little as $2.66 for a Zoom-related expense within the Treasury Department to multiple six-figure costs. There are items for face shields, office supplies, Tyvek suits. The Law and Public Safety Department made at least two payments of $775,000 for a morgue for lease payments in May and June.

For many items, it’s unclear what was purchased because the payee lines in the document have only what appears to be an invoice number.

The expenses are a growing fraction of the state’s nearly $40 billion budget and come as the state is seeing a dropoff in tax revenue, with 16.6% unemployment rate.

They also exceed some of Democratic Gov. Phil Murphy’s proposals from before the outbreak hit in March. For example, he had sought $80 million to remediate the state’s lead drinking water infrastructure. Fifty million dollars would have financed an expanded college tuition program Murphy was seeking.

It’s not clear how the state will pay for the unplanned expenses, but New Jersey got about $2.4 billion in federal funds through the CARES Act, and Murphy has already petitioned the Democrat-led Legislature to use $600 million of that funding to finance state operations.

New Jersey is in the second of three reopening phases, but Murphy warned last week that virus trends are heading in the wrong direction and setting off alarm bells.