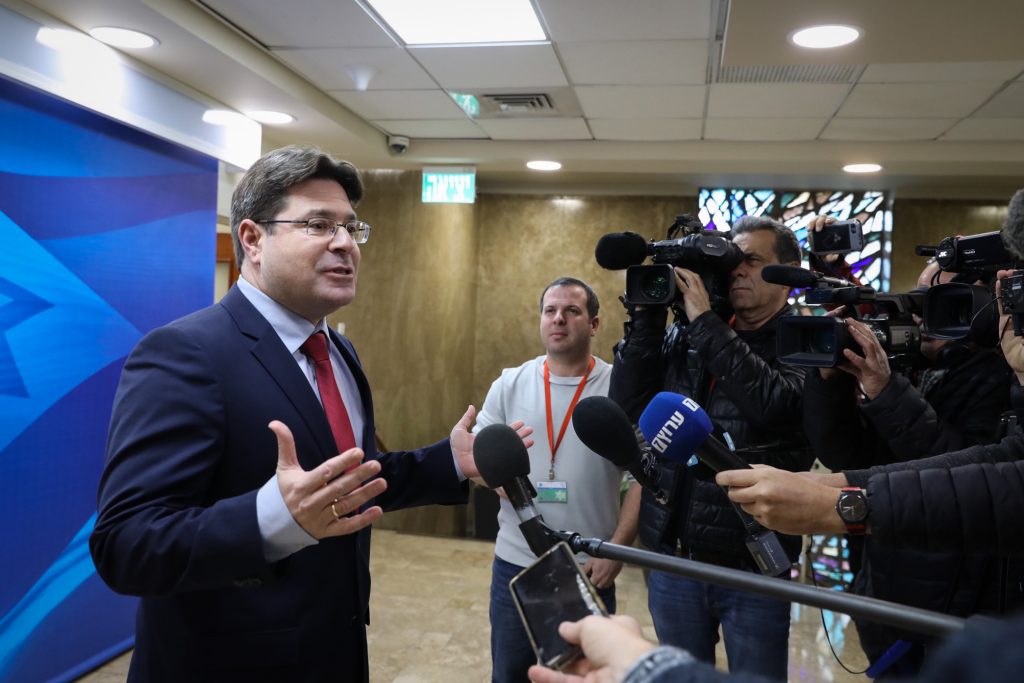 Amid a flurry of reports that Prime Minister Binyamin Netanyahu‏‏’s Likud is gearing up for another round of elections, and despite denials, a senior party official made the threat explicit over Army Radio on Monday.

Regional Cooperation Minister Ofir Akunis said that if Benny Gantz’s Blue and White party refuses to support a one-year budget, Likud will seek to form an alternative government of 61 MKs without them.

“Everyone will know who led Israel to a fourth election. The blame will be all on Gantz,” asserted Akunis, hoping to deflect charges in the media that PM Netanyahu is using the budget issue as a pretext to break up the coalition. The theory is that he is willing to risk an election at a time of national crisis in order to form a new coalition with partners who will be more cooperative on his agenda of regaining control of the Justice Ministry ahead of his trial in January.

Gantz has resisted the one-year budget, citing the coalition agreement which specifically calls for a two-year framework. Netanyahu insists that it would not provide the flexibility needed in responding to the current crisis.

Earlier in the day, Netanyahu denied any intention to go to a fourth election in less than two years, in a speech to the Likud faction in the Knesset.

“This is the time for unity,” he said. “We need to be united in our faction and I hope in the government, too. No one wants there to be elections and there is no reason for an election.”

Blue and White minister Alon Schuster said on Monday that one of the reasons Gantz wants a two-year budget is that he does not trust Netanyahu’s promises to not seek an election and thereby preempt Gantz’s turn as prime minister next year.

Communications Minister Yoaz Hendel said “all talk of elections now is shameful to the citizens of Israel” and warned that it would not end there, that a fourth election would only lead to a fifth.

Meanwhile, Opposition leader Yair Lapid mocked the government’s efforts to lead the country out of the pandemic with the appointment of a coronavirus czar:

“We are in the midst of the greatest economic crisis in three decades. There has not been such a managerial failure in the history of the country,” Lapid told the Yesh Atid-Telem faction at its weekly meeting.

“A government of 36 ministers and 16 deputy ministers won’t handle the economic crisis, it’s only making it worse,” he said.