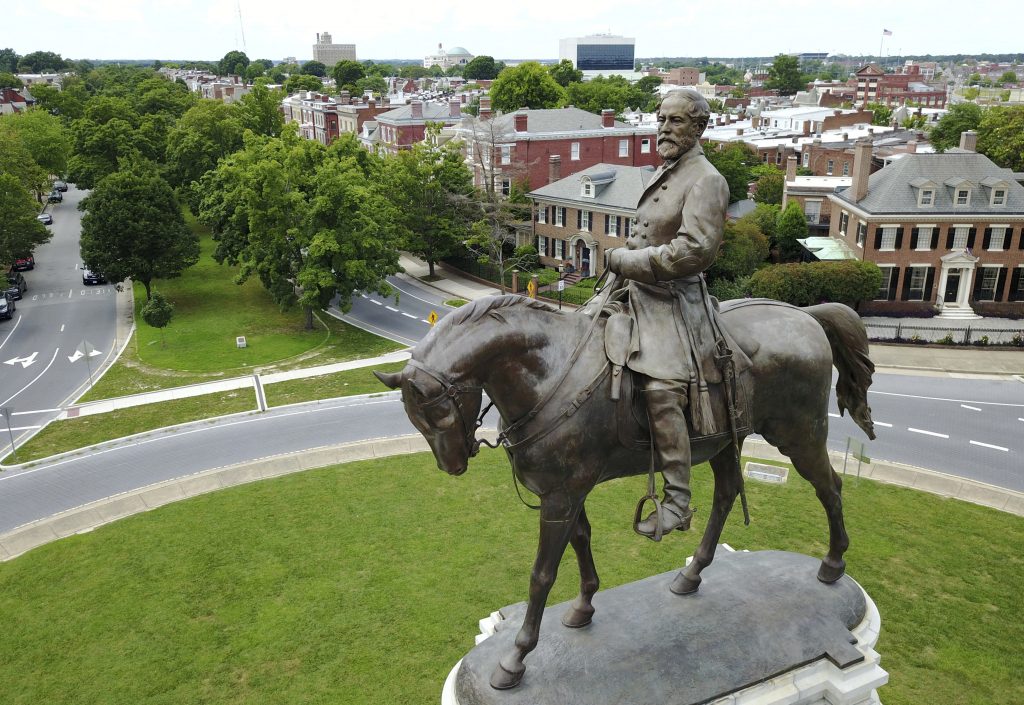 The new 90-day injunction bars the state from “removing, altering, or dismantling, in any way” the larger-than-life statue or its massive pedestal while the claims in a lawsuit filed by a group of Richmond property owners are litigated.

Richmond Circuit Court Judge W. Reilly Marchant wrote that “the public interest does weigh in favor” of a temporary injunction.

Separately, Marchant dismissed entirely as not “legally viable” the claims filed by a descendant of signatories to an 1890 deed that transferred the statue to the state, and he dissolved an existing injunction in that case.

Plaintiff William C. Gregory, the great-grandson of land donors, had argued the state agreed to “faithfully guard” and “affectionately protect” the statue on historic Monument Avenue. The Associated Press sent an inquiry to his attorney seeking comment.

The governor appreciates the dismissal of the Gregory case and “looks forward to another victory in court as soon as possible,” his spokeswoman, Alena Yarmosky, said in a statement.

“This statue will come down – and Virginia will be better for it,” she said.

Northam announced plans to remove the statue in early June, citing the pain felt across the country about the death of George Floyd in Minneapolis.

Should a court eventually clear the way, it won’t be a simple task to remove the 21-foot-high equestrian statue, which the state has said weighs about 12 tons. A state board’s removal plan calls for cutting it into three sections for eventual reassembly elsewhere.

Now covered by graffiti, the Lee monument has become a gathering spot for the sustained protests since Floyd’s death.

In the property owners’ case, Marchant found that the plaintiffs have the general standing to sue, and then considered one of their five claims, finding that the plaintiffs are likely to succeed “under the common law doctrine of restrictive covenants running with the land.”

He said he would hear evidence and arguments on all five counts at another hearing. Court records did not indicate such a hearing has been scheduled.

Four of the plaintiffs own property near the statue; another is a trustee of a property owner. Among them is Helen Marie Taylor, a longtime Monument Avenue resident and defender of the statues. They claim that removing the Lee statue — the last Confederate statue now standing on Monument Avenue — could result in the loss of the neighborhood’s National Historic Landmark designation, “which will have a substantial adverse impact “ on the plaintiffs, ”including the loss of favorable tax treatment and reduction in property values.”

Virginia Attorney General Mark Herring has filed a motion to dismiss their lawsuit, and “remains committed to ensuring this divisive, antiquated relic is removed as soon as possible,” according to a statement from his spokeswoman, Charlotte Gomer.